The scientist told what “unusual” infections climate change will bring 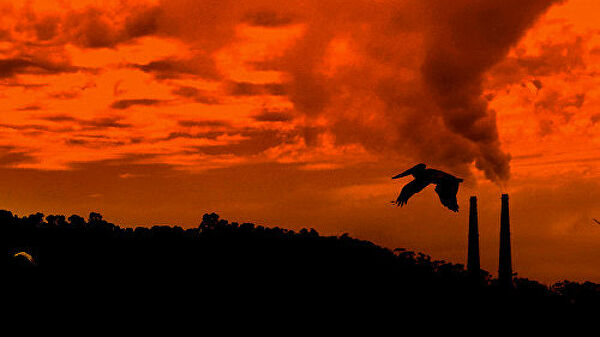 Risks for Russians will be infected with infections atypical for northern countries, such as West Nile fever, Congo-Crimean fever and dengue fever, due to global warming, RIA Novosti adviser to the director of the Central Research Institute of Epidemiology of Rospotrebnadzor Viktor Maleev said.

Warming in Russia is 2.5 times faster than the global average. Increasing temperatures and the duration of the warm period leads to the spread of carriers of exotic infections – mosquitoes and ticks – in the northern regions.

“West Nile fever (LZN) was already in Voronezh. This virus is slowly rising. They also found it in the south of Siberia, there are birds and horses there,” Maleev said.

The expert clarified that mosquitoes transmit the virus, and birds and horses are long-term hosts, the so-called reservoirs.

According to the forecasts of scientists referred to by the epidemiologist, foci and outbreaks of LZN in the coming years may occur in the central regions of the European part of Russia and the forest-steppe zone of southern Siberia.

“When there was an outbreak in Volgograd, they (services – ed.) Processed the cellars. In this case, they were not some rare mosquitoes, but our mosquitoes. They can also carry LZN. They bite a carrier bird, then a person, but, as a rule, it’s not transmitted from person to person, ”Maleev said.

According to the scientist, to prevent the spread of LZN, it is necessary to monitor mosquitoes and analyze cases of bird death.

“Do not create garbage cans where birds, crows and mosquitoes gather. In city conditions, sewer water flows into the streets, and repairs are not done. This creates a potentially dangerous situation for the spread of viruses. Therefore, mosquitoes must be treated in the entrances and houses,” Maleev specified.

He noted that the Congo-Crimean hemorrhagic fever (CCHF) carries a special tick that used to live in the southern regions.

“Now in Germany, panic is because they found this tick in their home. This tick Hyalomma marginatum loves the southern regions, and then it appeared already in the south in Germany. This tick can cause the CCHF virus, and at the same time with the tick there (in southern Germany – Ed.) there are reservoirs for the virus – this is cattle. Butchers and those who work with animal blood are often infected. In Kalmykia, Astrakhan, in Stavropol, in Rostov, people regularly cut carcasses of wild animals, “the epidemiologist explained.

He proposed to treat cattle yards from ticks as prophylaxis of CCHF.

“In the 90s there was a rise in ticks, because there were no funds for treatments. As a rule, it is noted in rural areas. Now this fever is in Kazakhstan,” the source said.

The scientist added that ticks carry encephalitis and various types of borreliosis. The habitat of ticks is expanding, so the number of cases of diseases of borreliosis has increased.

Maleev also noted that it is unrealistic to etch all ticks and mosquitoes, but their distribution and infection can be controlled.

“We need to study this, entomologists are gone. Rospotrebnadzor considers only bites, and no one considers the number, any trends,” the scientist said.

The expert added that in addition to LZN and CCHF, dengue fever occurs in Russia.

“The mosquito is the carrier, but it is in the south. We have a lot of dengue, but because of the tourists. They get infected there and then come here. Even more dengue fever in Krasnoyarsk, because direct flights from Thailand. They get infected, and then here, “Maleev said.

As a group of scientists calculated in 2002, climate change could lead to an additional 2 billion cases of dengue fever by 2080. It is believed that the disease is spreading mainly due to ineffective surveillance.

According to Maleev, the spread of insect vectors, the presence of reservoirs for viruses, massive crowds in cities, exotic tourism and hygiene also influence the spread of the disease.