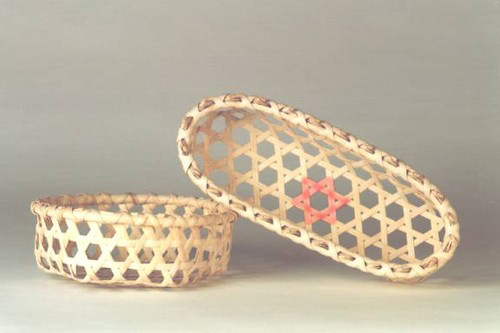 The symbol “The Seal of King Solomon”, which was later borrowed by the Israelis, making it their own, as it turned out, is a scheme by which one can create a metal crystal with unique electrical and quantum properties.

“The Seal of King Solomon” is an ancient symbol, the emblem in the form of a six-pointed star in which two identical equilateral triangles are superimposed on each other, forming a structure of six identical angles attached to the sides of the regular hexagon.

There are various versions of the origin of the name of the symbol, from the legend of the shape of the shields of the soldiers of King David to the name of the falsehood of David Alroy, or the Talmudic signifying the God of Israel. Another version of it is known as the “Seal of King Solomon.”

Since the XIX century, “The Seal of King Solomon” began to be called the Star of David and considered a Jewish symbol. The Star of David is depicted on the flag of the State of Israel and is one of its main symbols. Six-pointed stars are also found in the symbols of other states and settlements.

The article describing the new discovery was published in the journal Natura. The truth is there is not indicated a direct connection with the symbol of “the seal of King Solomon” or with the “Star of David”, but another interpretation is given of where the scientists derived the idea for creating such a crystal.

According to American scientists, the structure of the crystal repeats the classic Japanese ornament for weaving baskets – kagome. There are only 11 ways to evenly fill a plane with a mosaic of regular polygons.

One of them is a tri-triangular mosaic – it is traditionally used in the Japanese technique of weaving baskets, kagome. A similar structure (alternating regular triangles and hexagons) was found in the structure of some minerals, and the term “kagome lattice” entered physics. Scientists from the Massachusetts Institute of Technology, Harvard University and the Lawrence National Laboratory in Berkeley repeated the kagome lattice at the molecular level and created a metal with unique quantum properties.

The researchers “intertwined” the layers of iron and tin atoms with each other like bamboo rods in Japanese baskets. By passing an electric current through such a structure, scientists discovered that the triangular parts of the lattice had a strange effect on the flowing electrons. Instead of going directly through the grid, the electrons were deflected or even reversed. The obtained quantum effect is compared with the Hall effect, in which electrons in a two-dimensional conductive plate begin to move along cyclic trajectories along the conductor without losing energy.

Electrons, passing through such a crystal, experience, according to the authors’ assumption, a purely quantum-mechanical effect of the crystal lattice itself. The presence of iron atoms with a strong magnetic field determines the property of the lattice orientation (the dependence of the electromagnetic properties on the direction), and the heavier tin atoms create a strong electric field around them. As a result, the electric current interacts with the field of tin atoms not as with electric, but as with magnetic and deviates from the original direction without changing the energy.

This effect, according to scientists, will help create new super-conductive materials. In future research, the authors hope to establish other structures using the kagome lattice. Such materials can be used in electronic devices with zero energy losses and as constituent elements of a quantum computer.