The second population of the rarest fish is found 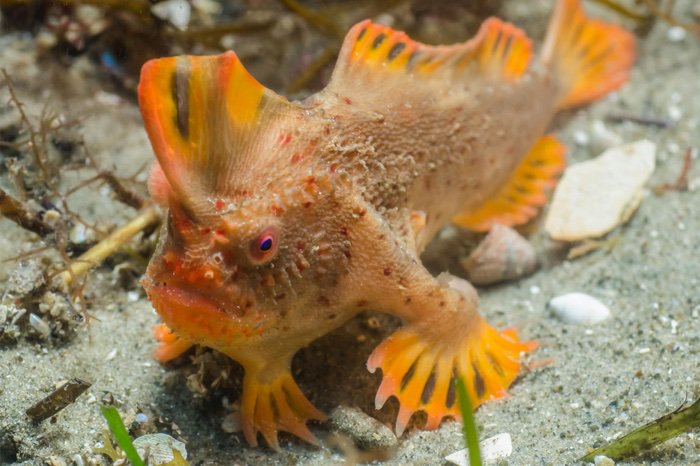 Scientists have discovered near the coast of Tasmania a second population of Thymichthys politus, possibly the world’s most rare species of fish.

The species Thymichthys politus, belonging to the brachionite family, is considered a very rare fish, perhaps the rarest on Earth. Scientists believed that as a whole its population does not exceed 20-40 individuals. However, now another Thymichthys politus population was discovered, and the total number of known fish of this species increased approximately twofold. The discovery is briefly reported by the ScienceAlert portal.

A new population of this rare species was discovered by divers from the Australian Institute for Marine and Antarctic Studies and the civilian science project Reef Life Survey. They went to explore this section of the sea after a message appeared that this wonderful fish was seen here. Experts spent about 3.5 hours searching. 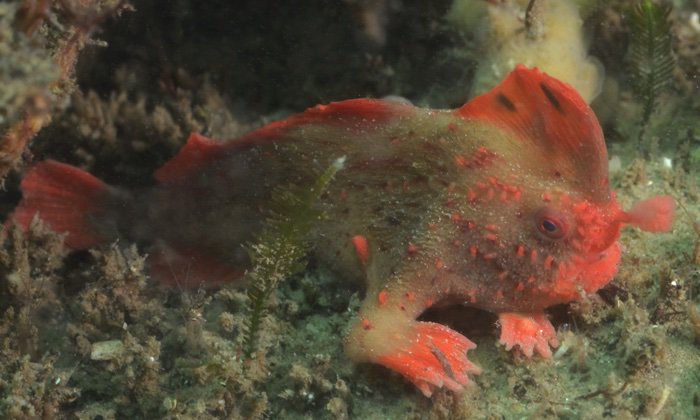 Earlier it was believed that the red batters live exclusively in the coastal waters of Frederick-Henry Bay, in the southeast of Tasmania.

The new Thymichthys politus group was found elsewhere – in kilometers from the first. Experts believe that this population also has about 20-40 individuals (until the divers discovered eight). As marine biologist Rick Stewart-Smith of the University of Tasmania notes, such a finding is “a great relief,” since the number of Thymichthys politus now known to us has doubled.

However, as noted, a rarity is not the only amazing feature of these fish. So, as you can see in the photos, they have strange limbs resembling hands. 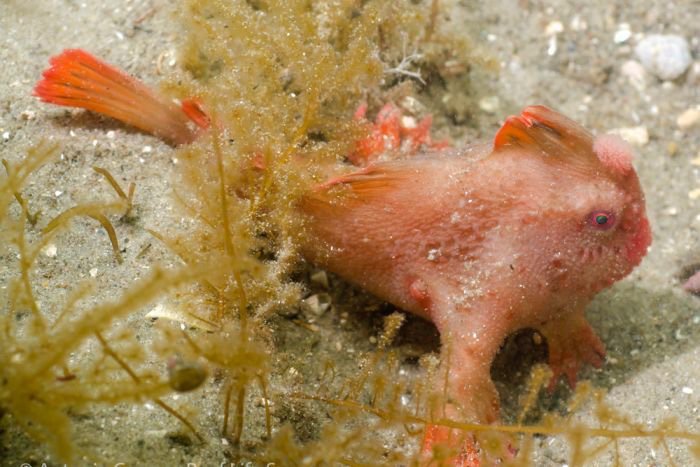 Thymichthys politus, as mentioned above, belong to the brachionite family, within which five genera with 14 species are distinguished. And representatives of this family do not move like other fish: they do not swim, but move along the ocean floor with the help of the front fins similar to the arm.

The new population lives in a very small area – about 50 to 20 meters. Probably, this is also one of the reasons why these fish are so difficult to detect.

The “relatives” of Thymichthys politus – Brachiopsilus ziebelli could also claim the title of the rarest fish, but they were not found for a decade, and scientists suggest that these fish could die out.