The secret of high life expectancy of a person is named 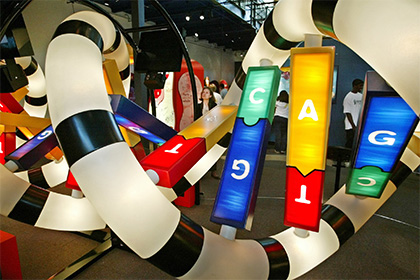 Scientists from the Pohang University of Science and Technology in South Korea discovered a molecular mechanism that prevents the rapid aging of a living organism. With the help of it, cells get rid of defective RNA molecules, which prolongs life. Such systems, according to researchers, exist in humans, which determines its longevity in comparison with many other species of animals. The article with the results of the scientific work is published in the journal Nature Communications.

The lifespan of organisms depends on how effectively the cell performs control of the matrix RNA (mRNA). As a result of mutations in these molecules, extra stop codons (nonsense mutations) can arise, which in advance terminate protein synthesis. As a result, molecules are formed that can have a toxic effect on the cell. This is hindered by a system of nonsense-mediated decay of mRNA (NMD), which cleaves chains of ribonucleotides with defects.

In the first part of the study, biologists determined how the level of NMD activity varies with the age of Caenorhabditis elegans nematodes. To do this, the gene of bacteria lacZ was introduced into the worms, inside of which a stop codon was located in the wrong place. LacZ was linked to a gene encoding a green fluorescent protein (GFP). In protein synthesis, the mRNA formed on the template of the hybrid gene lacZ-GFP should normally be cleaved by the NMD system. Otherwise, the researchers could observe fluorescence.

It turned out that over time fluorescence in C.elegans tissues was getting stronger. This indicated that the activity of NMD decreased with age of worms, which was also confirmed by an increase in the concentration of hybrid mRNA.

At the next stage of the work, the researchers used genetically modified C.elegans, in which the mutation was introduced into the daf-2 gene. The latter is responsible for the production of an insulin-like growth factor 1 (IGF1) involved in the transition of the animal from the juvenile form to the mature stage of development. Its blocking provokes the reverse transformation of the worm and slows down aging.

An increase in NMD activity was observed in animals with a daf-2 mutation. This could be determined by analyzing the quantitative composition of different mRNAs with nonsense mutations and comparing it with that of normal worms. Scientists also changed the smg-2 gene, which encodes the key component of the NMD, thereby suppressing the function of the system. As a result, the “gain” in life expectancy of genetically modified C.elegans decreased.

Finally, it was shown that the enhancement of NMD activity in nerve cells contributed to the longevity of C. elegans.

Scientists believe that the natural maintenance of NMD work in adulthood and other control systems of newly synthesized mRNA can explain the high life expectancy of a person.