The secret of the “Bloody Waterfall” will help in space exploration 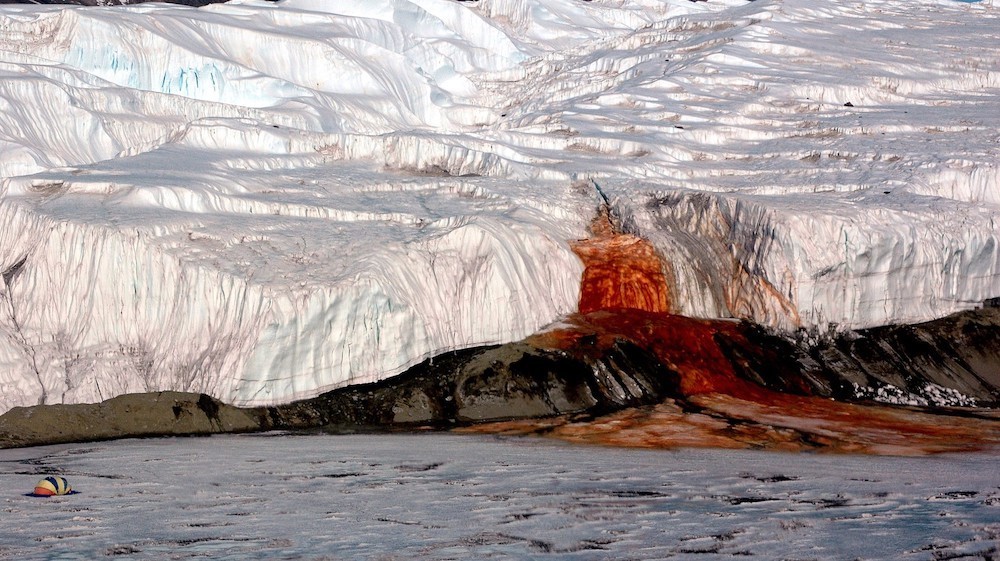 A bloody waterfall is a stream of blood-red water flowing down the thirty-meter slope of a glacier in the Antarctic. Recently, scientists have determined why the water in the source is colored red, and now they also managed to find its source. An unusual phenomenon was first discovered by Australian researcher Griffith Taylor during an expedition in 1911. The researchers then suggested that the red color can be caused by algae living in the water.

Later, scientists realized that high iron content turned ordinary water into blood red (water oxidizes and turns red when exposed to air), but could not understand where the water comes from in the ice or how the waterfall can form at the top of the glacier. The studies were carried out using a radio wave sensor: the instrument sends radio pulses through ice, which freely move through it.

And although the salt water silenced the waves, eventually researchers managed to find a huge underground lake hidden in the ice. After almost a year the existence of the lake was confirmed with the help of the most accurate method – drilling. Passing through the thickness of the ice, the drill eventually turned a blood-red color.

In the lake, scientists have discovered tiny microbes that can survive in super-salt, high-carbohydrate, very cold water, without sunlight, under the glacier. Their study should help to understand how organisms can continue to survive in other extreme environments, such as space. That’s how a bloody waterfall will help accelerate the development of other planets.