The secret of the vitality of the Colorado beetles is revealed 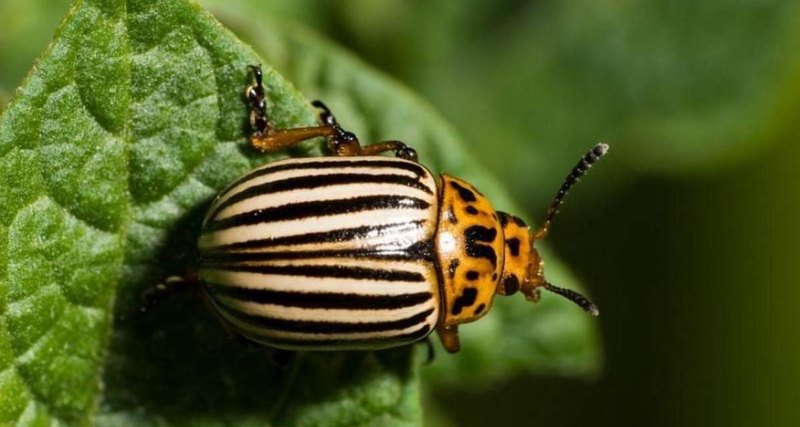 American geneticists first deciphered the DNA of Colorado beetles and isolated genes that are responsible for the unusually quick adaptation of these insects to new conditions.

“We could not find any significant differences in the structure of genes responsible for resistance to insecticides, between Colorado beetles and other insects. It seems that they acquired this ability not as a result of the appearance of new genes or the reconstruction of the genome. All this makes the riddle of the adaptability of Colorado beetles even more interesting for study, “says Sean Shoville from the University of Wisconsin in Madison.

The Colorado beetle is one of the first invasive species of insects. They spread across the US and Canada in the late 19th century, after which they “migrated” along with the provisions of the American army to France at the end of World War I and Germany after the Great Patriotic War.

The first attempts to destroy them with the help of pesticides ended in failure – the beetles quickly adapted to toxins. The fight against pests is complicated by the fact that they do not have natural enemies outside of the United States.

Shoville and his colleagues took the first step to understand the reason for the stability of these beetles. They decoded their DNA and compared it with the DNA of other pests and innocuous insects. As the geneticist notes, his team was interested in two things: how the Colorado beetle could adapt to life in the harsh climate of Russia and other northern countries in a very short time and how it survives in contact with new types of insecticides.

The scientists received the answer to the first question. It turned out that the DNA of potato pests contains several dozen genes responsible for the production of a very wide set of enzymes capable of digesting extremely diverse proteins and sugars. This, according to geneticists, allows the Colorado beetle to be practically “omnivorous” insect, despite its narrow specialization on potatoes and other nightshade plants.

On the other hand, Shoville and his colleagues could not find the genes responsible for the invulnerability of Colorado beetles – those parts of DNA that are responsible for resisting insecticides, they have the same structure and dimensions as other insects. As scientists hope, further study of the genome will help them understand exactly how this “superpower” of beetles works.

Nevertheless, geneticists managed to grope for the “Achilles heel” of Colorado beetles – it turned out that their cells widely use short RNA molecules to stop the work of certain genes. This knowledge can be used to create more effective versions of insecticides, to which pests will not adapt soon.

According to Shoville, his team is now in the process of deciphering the DNA of hundreds of Colorado beetles and several of their relatives, whose genomes, scientists hope, will help them to uncover the remaining secrets of these pests and finally solve the 150-year-old problem.