The secret to the vitality of cockroaches lies in their genes 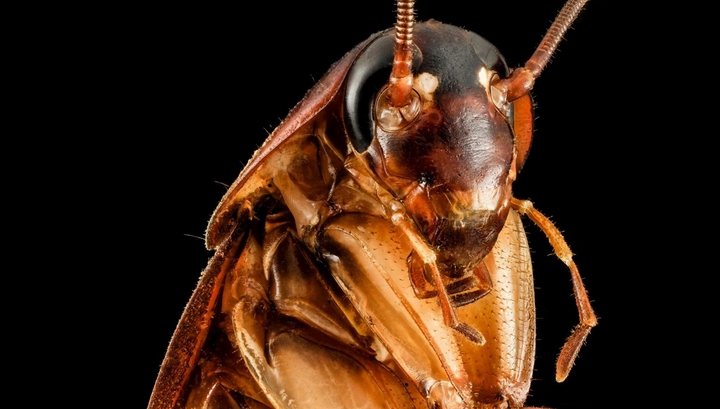 Cockroaches poison people’s lives, people respond in response to cockroaches – the story of one neighborhood that more closely resembles the “eternal battle”. Why can not people win in it and all their means against insects are not as effective as we would like?

The answer lies in the evolutionary history of cockroaches, which, by the way, survived the dinosaurs, and many scientists think that they and the nuclear war will not be at all.

Obviously, in order to safely live in the most polluted places and eat scum, infecting bacteria, and still resist chemical attacks of people, you need to have incredible strength of immunity. And the sequencing of the cockroach genome, which was conducted by a team from the South China Normal University, showed which genes make insects so hardy.

Note that the cockroach detachment in general is very diverse: it includes more than 4,640 species of cockroaches and 2,900 species of termites. But the best way to master the art of survival was one species – it’s the American cockroach (Periplaneta americana). (In fact, this species migrated to the New World from Africa in the 16th century, and today it is cosmopolitan, that is, it is found in different parts of the world.)

Among all the insect genomes sequenced to date, its genome occupies the second place along the length (the locusts jumped on the first). According to researchers, about 60% of the genome of American cockroaches consists of repeated DNA sequences.

The authors of the work also deciphered genomes of smoky brown, red and Australian cockroaches and several types of termites. It turned out that just the two species of the last P. americana have the closest genetic connections, reports National Geographic.

But, at the same time, American cockroaches distinguish from relatives a set of absolutely unique genes, due to which they prosper even in the most unfavorable conditions and remain resistant to pathogens, which they themselves tolerate.

First, P. americana has an incredibly developed sense of smell. He had almost twice as many genes encoding olfactory receptors than other species. According to scientists, thanks to these receptors, cockroaches find it easier to smell food, especially if it is rich in various enzymes.

Secondly, American cockroaches also have a huge number of genes responsible for the work of taste buds: they are more than 500 in insects.

It is assumed that these features help the cockroaches not only to eat more varieties, but also to learn from the mistakes – to be able to recognize the poison, for example.

By the way, about poisons. P. americana has been found to have several genes that allow their body to adapt to a toxic environment. These genes provide a constant production of enzymes that destroy toxins, and also make the immune system stronger. That’s why cockroaches can survive even in the most polluted places.

Other genes found in American cockroaches allow them to change growth rates as they age, depending on how much food is available to insects. Such “plasticity of development” is an important evolutionary advantage, the authors explain.

But that’s not all. The team also identified insects with genes responsible for the regenerative functions of the body, for example, repairing broken limbs, healing wounds and restoring tissues. During the experiments, specialists amputated several individuals of the limb and observed that in most cases they were restored, and sometimes quite quickly (depending on the severity of the injury).

According to the authors, it is necessary to study more closely how cockroaches restore and increase new tissues – these mechanisms can be useful in regenerative medicine. Also, the experts have not studied all the genes responsible for chemoreception.

Such work, as experts believe, will help evolutionary biologists analyze family ties of many species, and chemists will find more effective means for destroying pests.

More in detail about the research the Chinese scientists have told in the article published in magazine Nature Communications.