The Simmoe volcano in Japan threw a column of ash 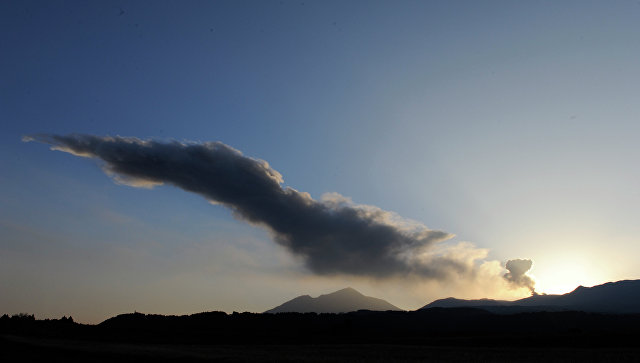 A series of eruptions was recorded on the active Simmo volcano of the Kirishima mountain range on the island of Kyushu in Japan, a column of smoke and ash is rising above the crater to a height of about 3.2 thousand meters, the main meteorological department of the country said on Sunday.

Meteorologists recorded several eruptions of an “explosive nature”, starting at 07.30 local time (01.30 Moscow time). In the area of ​​the volcano, a pyroclastic flow can be observed to a distance of up to 800 meters. During the day, emissions of large stones were recorded at a distance of 800 meters from the crater. Specialists continue to monitor the volcano.

NHK also reported the deposition of volcanic ash in the village of Miyakonjo in Miyazaki Prefecture, which is 10 kilometers from the volcano.

In the region there is a third level of danger out of five possible. This implies a ban on climbing and approaching the mountain. Specialists call for special care within a radius of two kilometers from the volcano, since volcanic stones and lava are possible. The following fourth and fifth levels provide for “preparation for evacuation” and “urgent evacuation”, respectively.