The smart headset allows mute people to voice their thoughts 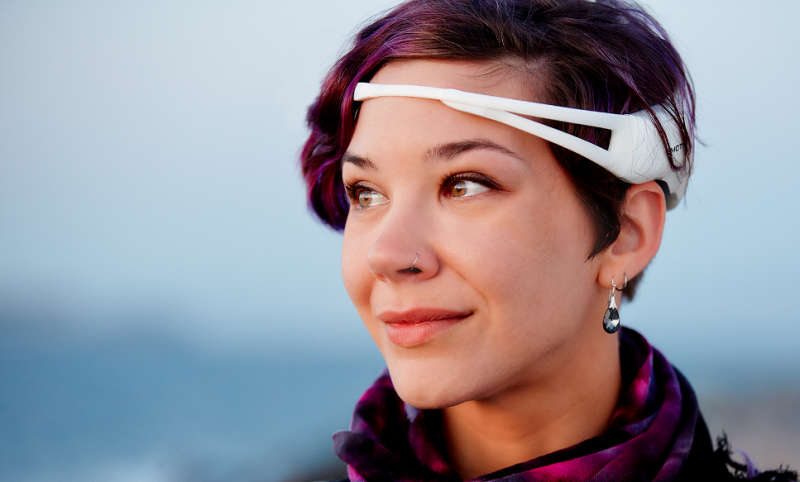 According to statistics, the number of people deprived of the gift of speech for a variety of reasons, has long exceeded tens of millions of people.

And that’s not including deaf people, which is also very difficult to Express their thoughts aloud. As of 2013 in the world alone, hard of hearing and deaf children, there were 32 million (statistics from the world health organization). What would happen if they regained the opportunity to share your thoughts with others? The company Smartstones is working to create software that can make this dream a reality.

The basis for the project was taken Emotiv headset production. It reads the brain waves of a person and then transmits them to the smartphone which, in turn, turns them into words. The easiest way in the human brain to keep track of his intention to perform a particular movement. For example, to lift a leg or nod your head. The headset can remember certain patterns and associates them with specific words. Of course, to talk in full sentences with the help of this gadget will be quite difficult, but some of the most important phrases people will be able to say almost immediately. We need only recall the combination of the thoughts tied to a particular word.

At the moment the headset is being actively tested on dumb people, including those who are completely paralyzed. The first results are already very impressive group of researchers, as one of the participants test almost immediately was able to Express his thoughts using a headset. Given that training in the use of similar technologies in humans could take months and even years for the developers of Smartstones is really a huge success. However, they do not hurry to share with us the cost of the gadget and the date of its receipt in sale.