The solar system is populated by smart robots 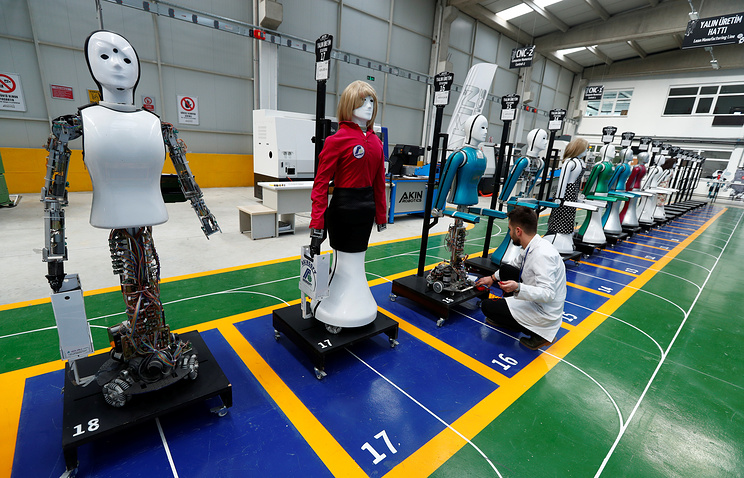 Man-made “smart robots” will populate our Milky Way galaxy for a few million years, and then continue to advance further in the Universe.

This is assured by the Swiss professor Jürgen Schmidhuber, director of the Institute for Artificial Intelligence Research, located in Lugano.

“Space is not for us”

Schmidhuber has become world famous for his scientific research in the field of artificial intelligence, in particular, on the problems of long short-term memory (LSTM). Responding to a question about whether a person will lose control over artificial intelligence (AI) in the future, answering the Swiss news portal Swissinfo, the scientist said: “Now almost all research in this area is being carried out around extending or alleviating human life.” In the long term, however, really clever carriers of AI will be freed from man. ”

After that, “smart robots will spread where there are more material and energy resources, that is, in outer space, and quite far from man.” There, in particular, “billions of times more sunlight than in the thin layer of our biosphere.” “First, artificial intelligence colonizes the solar system, and then, for several million years, the entire Milky Way,” Schmidhuber said. “The cosmos was not created for us, but for artificial intelligence designed in a proper way.” Recalling that the Universe is still young, the scientist stressed that clever robots “will have enough time for its full colonization and arrangement.”

Human life is short compared to the huge distances in our galaxy, he noted. But a properly constructed AI will not have “natural speed limits dictated by physical laws,” and smart robots “will easily move at the speed of light.”

Schmidhuber does not share the concerns of the head of the American company Tesla Ilona Mask that AI is the greatest threat to humanity. According to the scientist, such a threat is the hydrogen bomb created in the 20th century. As for artificial intelligence, the current efforts of scientists in this field are 95% focused on solving the problem of prolonging a person’s life and improving his health, while military developments occupy only a small part of research.

However, in 2015 Schmidhuber signed an open letter, in which more than 100 scientists warned the world public and politicians about the danger of military use of AI. He believes that one should “be aware of the risks and focus on the positive aspects of new technologies.”

Several centuries before the end of civilization

Answering the question “What can splice a person do with a car?”, The researcher said that “for a long time we are cyborgs – we wear glasses, watches and even have prostheses and implants that can respond to our nervous signals recently.” In his opinion, “we will not stop improving, merging with technology,” and as a result, people may be tempted “to have, for example, not two eyes, but a million, including the possibility of seeing infrared and X-rays,” or in a million times increase the ability of the brain to do calculations.

“Anyone who succumbs to this temptation will soon become a superman, and hence an inhuman, and thus approach the artificial intellect, which has no biological evolutionary ballast,” the scientist said.

He pessimistically assesses the prospects for the competition of people with artificial intelligence and the preservation of their identity. With the rapid spread of clever robots in outer space, starting with the solar system, a person “will no longer be able to compete with AI realistically, and hence will no longer be able to play an important role.”

This is due to the fact that in future decisions will be made by those who are able to use all the possibilities for carrying out calculations. As a result, “an authentic person, whom we know, will no longer play a big role.” “Everything will change, and the history of civilization, in which the classical man dominated, will come to an end within the next few centuries,” concluded Jürgen Schmidhuber.