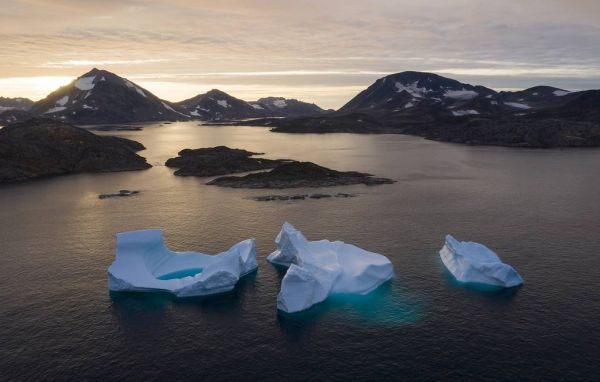 A new calculation of the rate of ice melting in Greenland over the past 12 thousand years has shown that in the 21st century this figure has become a record high for the entire postglacial era. The calculation results were published in the scientific journal Nature.

“Even if the world goes on a very strict energy diet, the rate of melting of the Greenland glaciers by the end of the century will be only slightly higher than the records of the past 12 thousand years. above past highs “, – said one of the authors of the study, professor at the University of Buffalo (USA) Jason Brainer.

Virtually all climatologists have no doubt that global warming exists and that it will radically change the face of the planet if the rise in temperatures on Earth cannot be contained at 1.5 ° C compared to the pre-industrial era. This is evidenced not only by computer models of the planet’s climate, but also by data from climate satellites, land-based meteorological stations and oceanic buoys.

The first and main victims of this process will be, as practice already shows, the polar regions of the Earth and mountain glaciers. The temperature on their territory has already become 4-9 ° C higher than in previous centuries. Because of this, their area will be irreversibly reduced, and large areas of the Antarctic and Arctic will be free of ice.

The fate of Greenland’s glaciers

In particular, climatic satellites have been recording for many years that the melting of Greenland’s glaciers has accelerated dramatically. On average, the rate of decline in their volume since the beginning of the century has increased by about four times. In August last year, this led to the fact that a huge part of the ice mass of the island, weighing 12.5 billion tons, broke off and floated into the sea, and for the whole of 2019 the total mass of the Greenland ice cap decreased by a record 532 billion tons.

Brainer and his colleagues were interested in how the current records compare to how the ice area of ​​Greenland has changed in the past. To answer this question, scientists created a detailed climate model of the island’s southwestern coast. She took into account how its climate and appearance have changed over the past 12 thousand years. In addition, scientists have calculated the rate of melting of glaciers at different periods of history.

These calculations showed that the area of ​​the island’s ice cap in the past changed much more slowly than it is now. This was also the case for the warmest periods of Holocene history, the current geological era, when temperatures on Earth were 1-2 ° C higher than now.

Scientists’ calculations show that even now the rate of reduction of the Greenland ice exceeds the records of the past 120 centuries, and a further increase in emissions of CO2 and other greenhouse gases will quadruple them. As a result, sea levels could rise by 10 centimeters, and the Greenland ice sheet will destabilize even faster.

Brainer and his colleagues hope their climate model and calculations will help climatologists refine their estimates of how the mass and volume of the island’s glaciers will change over the coming decades and centuries. This information, in turn, will help policymakers better assess climate risks and develop effective measures to combat global warming.