The speed with which the Sun moves around the galaxy? 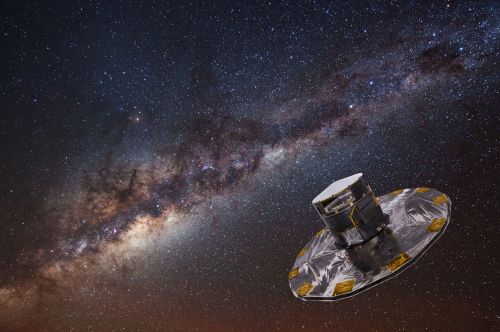 Judging by the results, the speed of the Sun around the center of the milky way — 240 km/s. then astronomers have calculated how far we are from the galaxy core. If anything, it’ll take a long time: 7.9 kiloparsecs or almost 26 000 light years.

Using the data from “Gaia” and Experiment Radial Velocity Jason hunt and his colleagues identified a speed of more than 200 000 stars relative to the Sun. At first, the study is no surprise that some stars were moving faster, others slower, but the astronomers also found a lack of stars in the galactic orbital velocity of about 240 km/s less than the speed of the Sun. Astronomers have concluded that the missing star is a star with zero angular momentum, that is, they are swirling in a galaxy not so like the Sun or other stars.

“Measuring the speed at which the nearest stars rotate around the galaxy relative to the Sun, says hunt, we can observe the lack of stars with specific negative relative speed. That’s how we calculated how fast we are moving by themselves” And hunt and his colleagues combined this finding with the true speed of a supermassive black hole known as Sagittarius A, which is located in the center of the galaxy and derived a distance of 7.9 kiloparsecs. The true motion is the movement of an object across the sky relative distant background objects. Scientists estimate distance as well as the cartographers, calculate the distance to an object by observing it from two different positions, the distance between which is known.