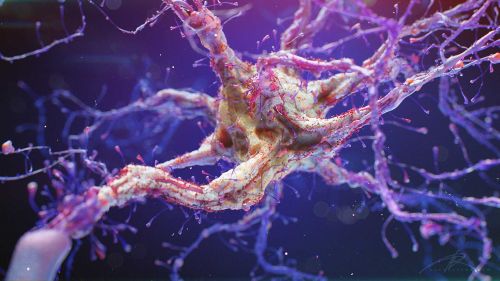 The international group of scientists showed that the spindle-shaped crinkle — the area of a brain which is responsible for face recognition — continues to grow with age.

In spite of the fact that the neural correlate of face recognition at the person is well-known, the mechanism of its evolution remains not clear. So, with function it is connected spindle-shaped, or occipital and temporal, the brain crinkle, and quality of recognition is normal above at adults below at children. At the same time with age the number of interneural interactions by the general rule usually decreases.

To find out how the anatomic basis of function changes, scientific of Stanford University and other organizations made an experiment with 22 children (5–12 years) and 25 adults (22–28 years). By a functional magnetic and resonant tomography (FMRT) they allocated areas of a brain which are responsible for face recognition and places, and compared their structure at different age.

Results showed that a spindle-shaped crinkle (its back and average speak rapidly) at adults on average more, than at children whereas the site which is responsible for recognition of the place (a collateral furrow), we compare at both groups. It allowed scientists to assume that development of a spindle-shaped crinkle is the cornerstone of change of a miyelinization — growth of myelin covers of axons.

For check of a hypothesis authors constructed computer model. According to it, for increase in interneural interactions in a spindle-shaped crinkle of growth of myelin covers would be insufficiently. Possibly, development of this area of a brain is connected also with growth directly bodies of neurons (catfishes) and dendrites. In other words, all elements of a spindle-shaped crinkle grow with age.

Data were confirmed also by autopsy. The spindle-shaped crinkle of a vidospetsifichn for the person, and its studying requires collection of the corresponding samples. Therefore authors also compared indicators of 20 living examinees and ten adults posthumously. The analysis showed that the spindle-shaped crinkle of adults is about 12,6 percent more, than at children, and the collateral furrow at them is identical.