The starving polar bear wanders through the desert land 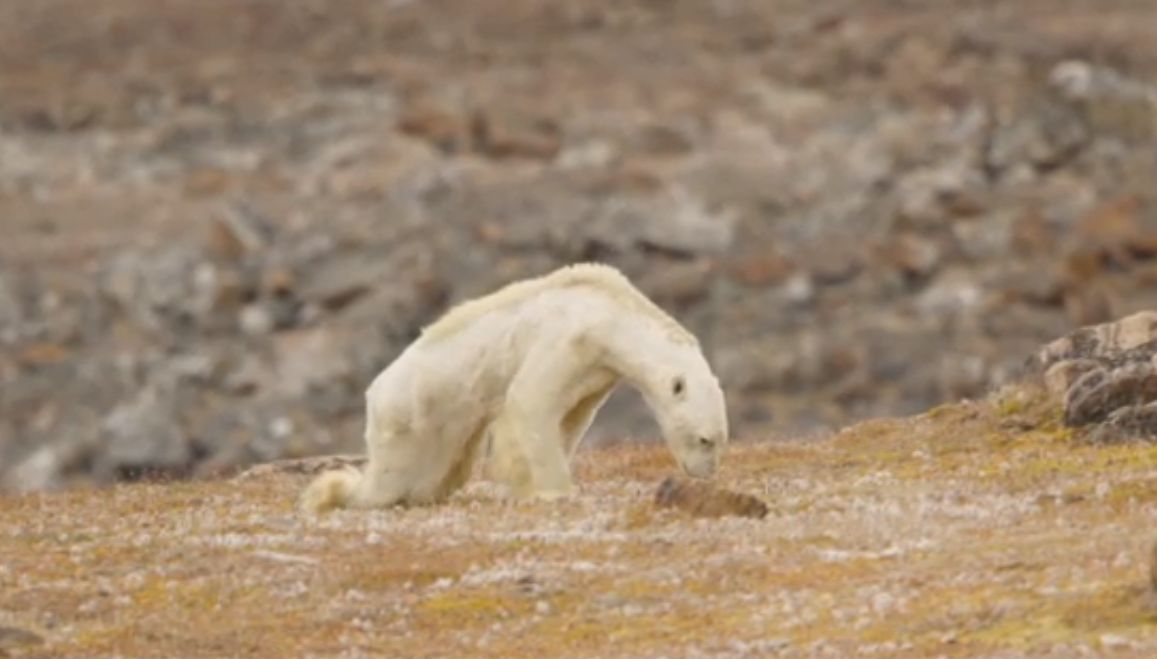 When photographer Paul Nichlen and the crew of the Sea Legacy organization arrived to Baffin Island, they saw a heartbreaking picture: the emaciated polar bear wandered through the desert land with the last energy in the hope of finding some kind of food.

Niklen grew up in the far Canadian north. The biologist linked his life with photography and during travel he was able to observe more than 3000 bears. But never more scenes from the wild did not cause in him so many emotions. “We stood and cried, tears streamed down our cheeks as we shot these shots,” the photographer recalls.

In a video published on December 5, a starving white bear is still clinging to life. His thick woolen coat turned into a thin shell of the skeleton. When he goes, one of the hind legs drags behind him, probably because of muscle atrophy. In search of food, the animal peeks into the garbage can, left by local fishermen. But he finds nothing and, resigned to his fate, falls to the ground.

After Nickelen published these footage, he was asked why he had not intervened. “Of course, I thought about it. But I did not have any tranquilizers or meat reserves. And even if I helped him, I would only prolong his suffering. In addition, the feeding of wild bears is illegal in Canada, “the photographer replied.

He said that he wrote down the last minutes of the bear’s life, because he wanted his death not to be in vain. “When scientists say that bears are dying out, that’s one thing. I want people to see this. ”

Changing of the climate

After telling the story of a polar bear, Niklen hopes to inform the public about the consequences of climate warming. Inhabited in arctic regions, they are often the first to feel the influence of rising temperatures and sea levels.

The lack of sea ice makes it difficult to search for animal food for polar bears. In the summer months, they remain without food for months, while waiting for the Arctic ice to freeze. In 2002, the World Wildlife Fund report predicted that climate change could eventually put the polar bear at risk of extinction.