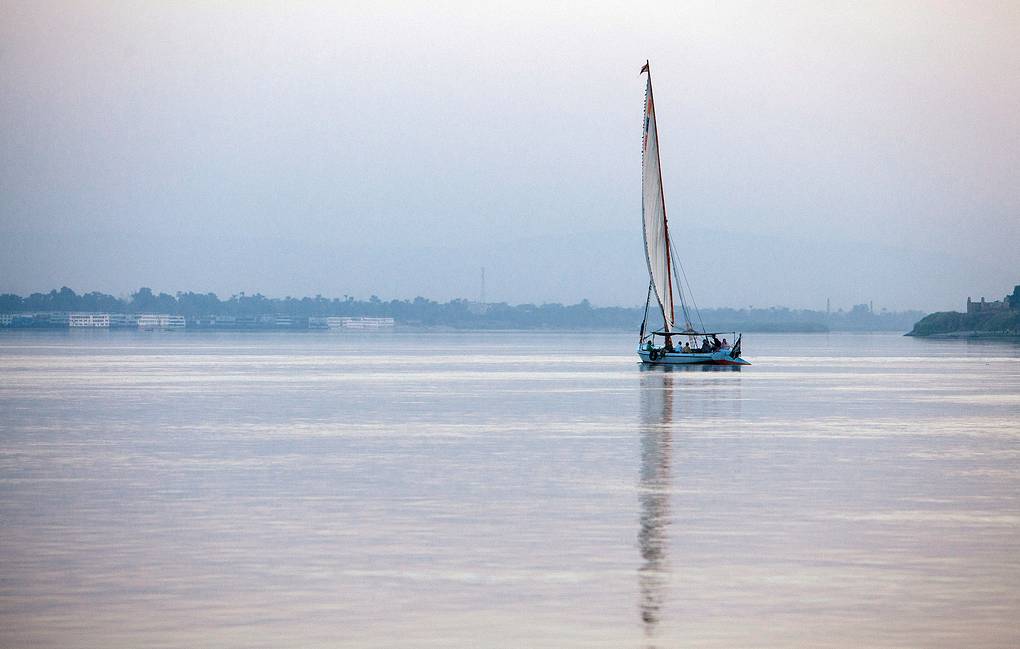 Italian and American geologists have found evidence that the Nile has been around for more than 30 million years. The water area and general outlines of this river have not changed much during this time due to the unique structure of the earth’s mantle under the north-eastern part of Africa. The results of the study were published by the scientific journal Nature Geoscience.

“The Nile is the longest river on Earth, it does not change its appearance for millions of years. Many colleagues believed that the Nile has been flowing along its channel for 6 million years, while other researchers have suggested that this river acquired its outlines much earlier. We showed that Neil has not actually changed over the past 30 million years, “the researchers write.

Unlike the Moon, Mars, Mercury and other worlds of the inner part of the Solar system, the bowels of the Earth are living. Its surface is constantly updated due to the circulation of rocks between the crust and the inner layers of the lithosphere, as well as the action of winds, water flows and other sources of erosion.

Therefore, there are almost no traces of the fall of even the largest asteroids that could destroy all life, as well as virtually all the traces of ancient rivers, lakes and seas that existed tens and hundreds of millions of years ago.

In particular, about 70-80 million years ago, during the heyday of dinosaurs, shallow seas covered with many islands existed on the site of modern Europe and Western Siberia, and about 5-6 million years ago the Mediterranean Sea almost completely dried up due to the fact that the Gibraltar was closed strait.

Claudio Facchenna from the University of Texas at Austin and his colleagues from Italy and Israel discovered another interesting example of how processes in the bowels of the Earth affect the face of the planet. Researchers studied the history of the formation of the Nile.

Eternal river
According to many geologists, the Nile arose at about the same time that the Mediterranean Sea began to dry out. The disappearance of gigantic water reserves, according to supporters of this theory, led to sharp changes in the topography of the territory of modern Ethiopia and Egypt, which turned the ancient Proto-Nile to the north. Prior to this, it flowed into the Red Sea or flowed west towards the Gulf of Guinea.

Other scientists believe, based on the age of the rocks in different parts of northeast Africa and on the topography of the Nile as a whole, that this river has been unchanged for much longer. Facchenna and his team found evidence in favor of this by excavating the Nile Delta and its upper reaches in Ethiopia.

Geologists were interested in one simple thing – what was the height of the Ethiopian Highlands, where are the sources of the Nile, in past geological eras. This would allow a fairly accurate estimate of the age of the river, comparing this value with how many deposits, similar in chemical and mineral composition to rocks at the source of the river, accumulated on the banks and bottom of the Nile Delta.

It turned out that the height of the Ethiopian Highlands sharply increased about 40-30 million years ago due to the fact that the so-called plume surfaced at that time – a vertical flow of magma that quickly rises to the Earth’s surface from the depths of its mantle.

Its emergence, according to scientists’ calculations, led to two things – the outbreak of volcanism, which gave rise to the modern Ethiopian highlands, as well as the launch of a kind of geological conveyor, which forces the rocks to rise to the surface at the source of the Nile and sink into the depths of the Earth in the vicinity of its delta.

Thanks to a similar arrangement of the bowels of the planet, the Nile always flowed north and actually always looked the same as it does today. This applies, as scientists conclude, even the provisions of the six rapids, the most dangerous sections of the channel of the eternal river. This once again emphasizes the role that tectonic processes can play in the formation and life of large rivers.