The strange huge “snake” turned out to be an invasive worm 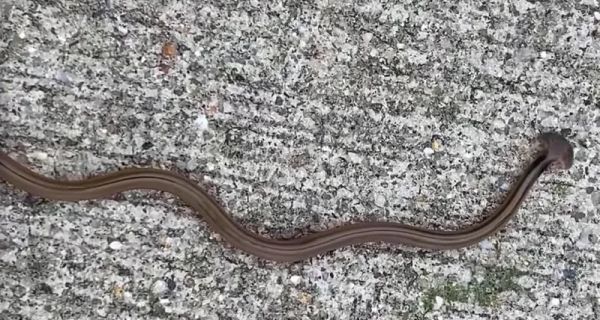 In Virginia, locals have discovered a strange creature with an anchor-like head. At first, people thought it was a snake, but it turned out to be a rare worm.

Think you can tell a worm from a snake? What if it is a venomous hammerhead worm of the Bipalium species?

Usually worms are fairly easy to distinguish from snakes. They are smaller and thinner, and they also have a smaller head. The differences do not end there, but it is by such external signs that a person usually distinguishes snakes from worms. However, both snakes and worms are so diverse that sometimes the size and shape are not enough to distinguish them from each other.

In Virginia, a local resident noticed a strange creature, which he considered a snake. He filmed the animal and reported it to the Virginia Wildlife Management Service. The service took the “snake” for study and found out that it belongs to the genus Bipalium.

This creature is a predatory worm that lives only in the United States. Some species of this genus are dangerous to humans, as they secrete the neurotoxin tetrodotoxin. In addition, these animals are incredibly tenacious: even from a small part of their body, a new individual can grow.