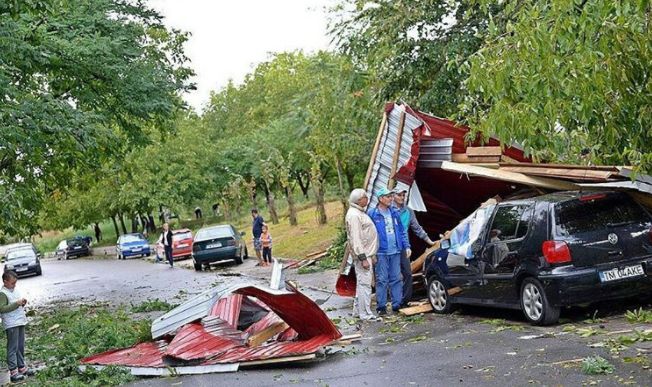 After the last thunderstorm in Romania, eight people died, dozens of local residents were in hospitals.

All victims of the elements were injured by the fall of metal structures or trees on them. In a small Romanian city of Timisoara, a tree broke off a branch and fell on a visitor to the zoo. Another resident of the city was crushed by a billboard, which was torn off the wall by the wind. The victims of the storm were also residents of Arad, Buziash and Bistritsa-Nasoud. With various injuries more than 60 people were hospitalized.

During a thunderstorm, the speed of gusts reached 27 meters per second. Damaged energy supply lines in several cities in Romania, dozens of trees were thrown down, which blocked roads, torn roofs on houses, cars were damaged.

The head of state expressed his condolences to the families of the victims. Rescue services have been mobilized for the liquidation of the consequences.