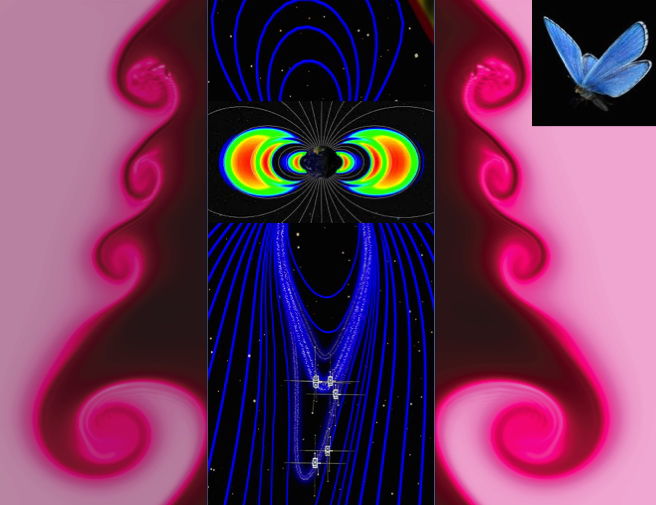 Can the wings of butterfly wings in Costa Rica cause the appearance of a hurricane in California? This issue was studied in detail by experts in the field of chaos theory, stock market analysts and meteorologists for decades. Most people find it quite difficult to imagine that this hypothetical scenario can take place on Earth – especially when a real natural disaster is played out.

However, in cosmos, tiny fluctuations of the solar wind moving toward the magnetic “shield” of the Earth can have a real impact on the speed and strength of “space hurricanes”, says researcher Katariina Nykyri from the University of Aeronautics Embry Riddle, USA.

These hurricanes are formed within the framework of the phenomenon called the Kelvin-Helmholtz instability. When the plasma from the Sun (the solar wind) passes through the boundary of the Earth’s magnetosphere, it can cause the formation of vast vortices (about 10-40 thousand kilometers in diameter) along this boundary, explained Nikiri.

At higher solar wind speeds, these fluctuations become more intense, and they can lead to the emergence of more powerful space hurricanes that will transport large amounts of plasma to the magnetosphere, Nikiri points out.

A deeper understanding of the influence of solar wind parameters on space hurricanes can help in the compilation of space weather forecasts and form a scientific basis for creating a navigation system capable of ensuring the safe passage of satellites through the radiation belts of our planet, Nikiri notes.