The sun is seen a prominence and a large coronal hole 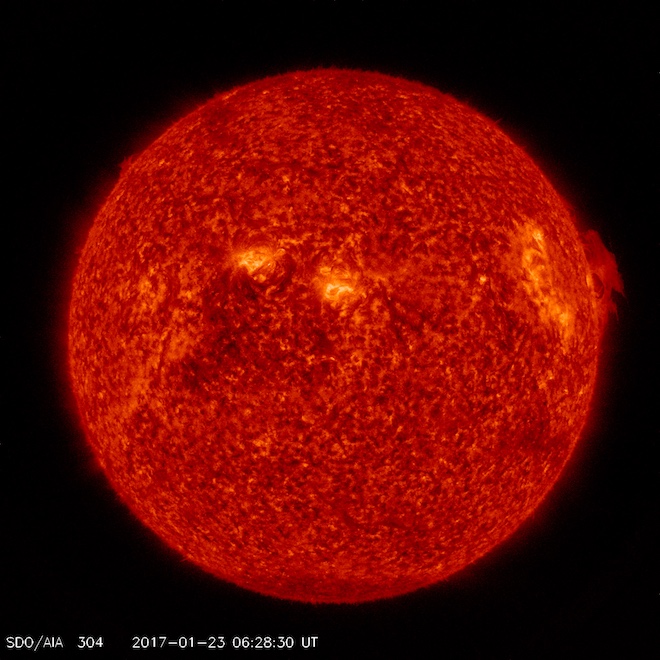 The giant plasma cloud was observed today over the Western limb of the Sun. Shown in the photo of solar dynamics Observatory NASA structure reaches more than 80,000 km in height and is able to absorb the planet 50 times larger than ours.

Physicists call such prominences “hedges” because of their resemblance to the shape of the shrub. “Red-hot plasma inside the structure is held above the surface of the Sun its unstable magnetic fields. Scientists from NASA and the Japanese Observatory received images of similar prominences in high resolution and were able to watch some amazing stuff: shades in the shape of tadpoles, swimming up from the base of the protuberance, narrow plasma streams, cascading from the top like waterfalls, eddies and whirlpools, as in van Gogh’s painting “Starry night.”

Coronal hole turned towards the Earth 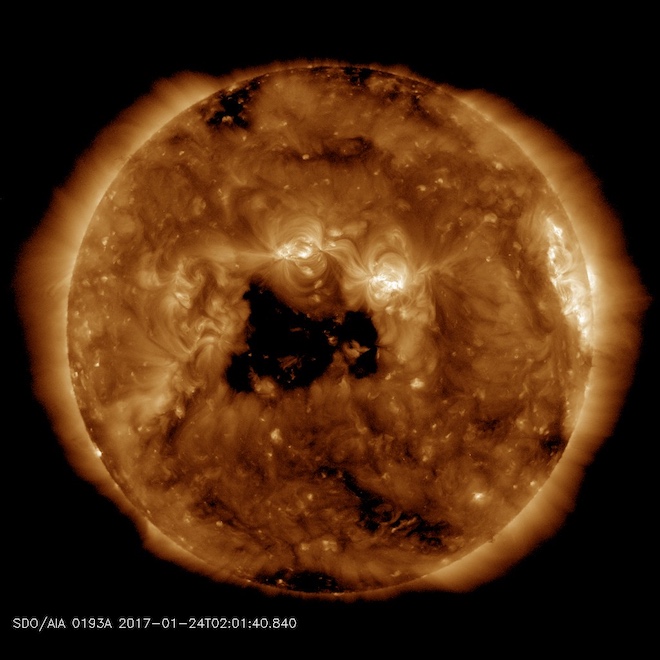 In the atmosphere of the Sun is opened a hole, spewing a stream of solar wind into space. Ultraviolet telescope aboard the solar dynamics Observatory NASA captured turned to the Earth structure 23 Jan.

Coronal hole is a region in the solar atmosphere where the magnetic field disappears, allowing the solar wind to carry away. Exiting the flow of charged particles to reach Earth on January 27. Amateur astronomers are already preparing for the magnificent Northern lights in the Arctic at the end of this week.