The Swiss designers have created the UAV just like a bird 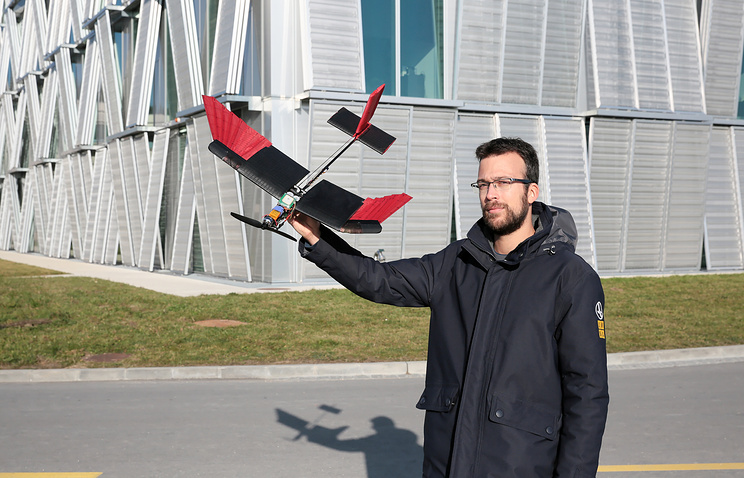 The high-maneuverable unmanned aerial vehicle (UAV) with the wing device the reminding bird’s, was designed at Federal polytechnical school of Lausanne (EPFL). His wings at the expense of artificial feathers can be extended, contract, turn. For example, to make turn, the drone extends one wing, and another squeezes.

In the message posted on the website EPFL it is said that the idea of creation of the UAV, “capable to change the sizes, to fly with high speed, to maneuver in limited spaces, consuming not enough energy, was born as a result of observations of birds”. The group of specialists under the leadership of Darío Floreano was faced by a task to design the device which could fly about obstacles, sharply change the direction of flight and be able to resist to strong wind. Changing geometry of wings, the ptitsepodobny drone is capable to carry out all these tasks.

However to compete with birds as equals so far beyond its powers. As engineers explain, birds can considerably change the size of the body and a shape of wings thanks to the skeleton adapted for flight which is operated with muscles. Not casually, one of the most great difficulties when designing the UAV consisted in finding balance between aerodynamic qualities of the device and its weight.

The ideal decision allowing to refuse the screw, tough wings and tail plumage isn’t found yet. “We were convinced that thanks to the developing wings, we don’t need ailerons any more to help the drone to do turns. Changing the sizes and surface area of a wing in flight, we can we manage bends”, – Floreano explained.
“This winged drone opens new prospects and, thanks to the capability to adaptation, it could be very effective in use at low heights in city conditions”, – emphasize in EPFL.