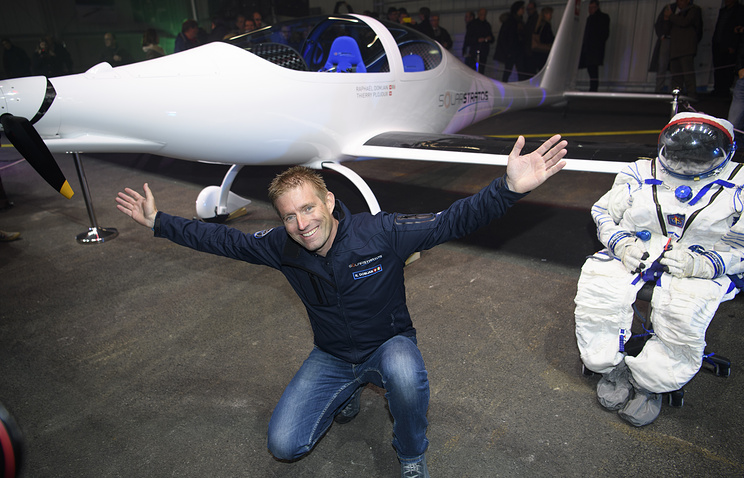 Swiss Raphael Domzhan who is the convinced supporter of wide use of energy of the Sun is going to subdue a stratosphere by plane which engine will also “be powered” only from a star.

Domzhan provided a prototype of the device SolarStratos to journalists on December 7 in a hangar in airfield in the town of Payern. Length of the single-motor airplane will make 8,5 meters, wingspan – 24,8 meters and weight – 450 kg. The sunlight to energy will be transformed by the photo cells occupying the space in 22 sq.m. The pilot plans to go to a way not later than 2018. The task consists in rising by height in 25 thousand meters. It in a pattern still nobody managed.

“It is a fantastic dream which we embody with open manholes”, – the pilot told.

Domzhan’s compatriots – Bertrand Piccard and André Borchberg – this year finished the first round-the-world traveling by plane on solar batteries. Their Solar Impulse 2 aircraft set a row of records, but in a stratosphere it didn’t rise. It was based before flight in Payerna too – in the hangar located in several hundred meters from Domzhan’s hangar.

Aircraft are similar the principle of a supply – from energy of the Sun, but externally they are very different. Solar Impulse 2 is almost three times more on wingspan. SolarStratos can be in independent flight at most 24 hours, but it can gain height three times big, than at Picard and Borshberg’s airplane. On project implementation Domzhan will need about $10 million that is 17 times less, than the budget of Solar Impulse 2.

Recalling the voyage of four-year prescription on the yacht on solar batteries, Domzhan told journalists that the idea to fly up came to a stratosphere to it when he, being in the middle of the Pacific Ocean, looked at stars at night.

Flight is important from the point of view of scientific research: experts want to clarify how solar panels will work at big height.