The swords of the Danish Vikings were not fighting 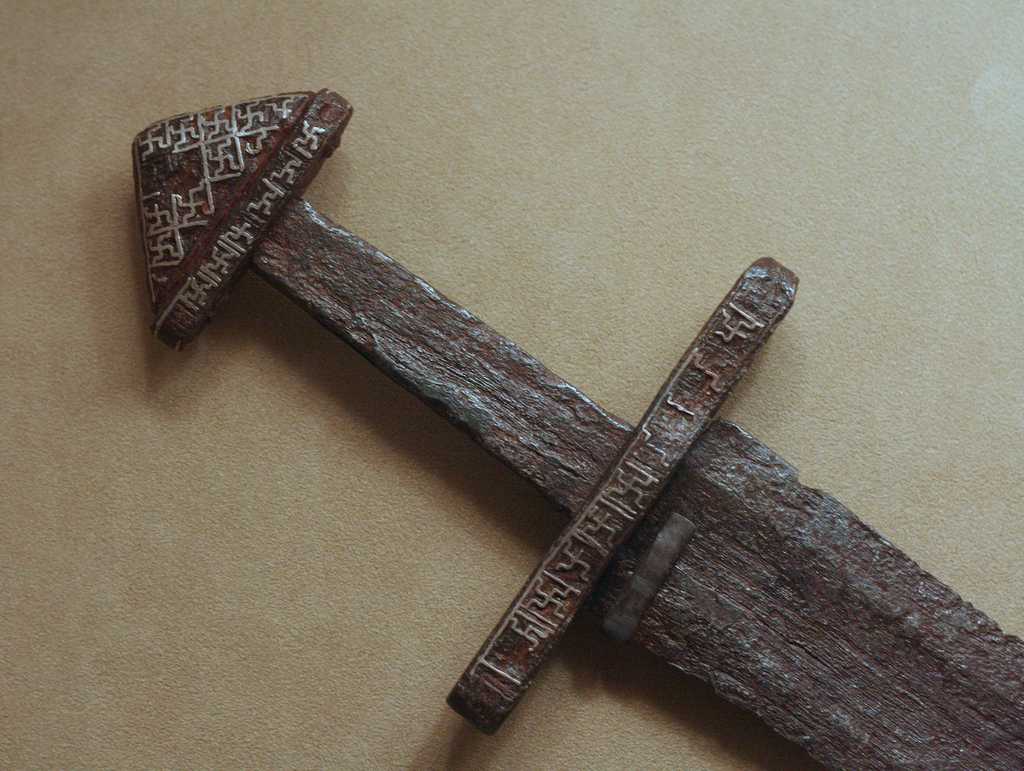 Vikings are known not only as sailors and colonizers of new lands, but also as cruel robbers armed with spears, battle axes and swords. Some of the weapons of the Scandinavian Vikings came from other regions (for example, from the Frankish state), but the Scandinavians themselves owned different technologies for processing metals and making weapons.

The swords used by the Vikings were most often one-handed, heavy, with a double-edged sword and a small guard. Blades were often made by the method of patterned welding: several metal blanks of different materials were twisted together and forged. On the surface of such blades, the original pattern is visible. The sword, unlike the spear or ax, was considered a relatively expensive weapon, available to a few. According to researchers, up to now, about 2,000 swords of the Viking Age have survived.

Until recently, the structure of these swords was investigated using invasive methods, such as metallography. For them, fragments of material are needed – this gradually destroys archaeological finds. However, it is impossible to confine oneself to only a visual description of weapons. The study of the metal from which the swords are made gives invaluable information about how the weapon was used. For example, since swords were expensive, the blade was often passed from father to son, replacing only the hilt – this showed the analysis of the material of many swords of the Viking Age.

In a new study, an international team of scientists analyzed three swords of the Viking Age from the collection of the National Museum of Denmark using a non-invasive method – neutron diffraction. The object is irradiated with a beam of neutrons, which are scattered on the atoms of the material. The intensity of particle scattering is measured by neutron spectrometers. The method allows to restore the atomic structure of the object without destroying it. 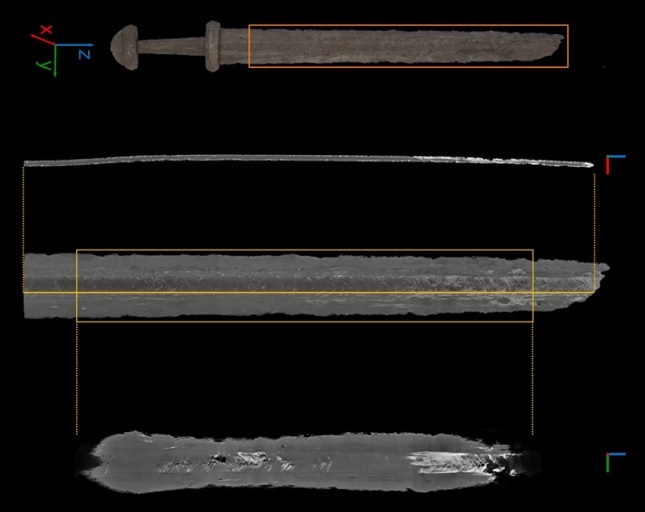 The structure of one of the swords studied. White marked areas affected by corrosion.

All three swords were created by the method of patterned welding. In their blades are intertwined iron and steel rods. The lead author of the study, Anna Fedrigo, says: “Since steel is harder than iron, one would expect that the weapon will have tough steel edges and an iron core that absorbs blows. But the swords studied are not so. ” In addition, the analysis showed that the swords were forged at high temperatures, which increases the likelihood of corrosion.

This allowed the researchers to draw conclusions about the role of swords in the culture of the Vikings. Probably not all swords were used as combat weapons, some of them served as symbols of power and the social status of their owners.