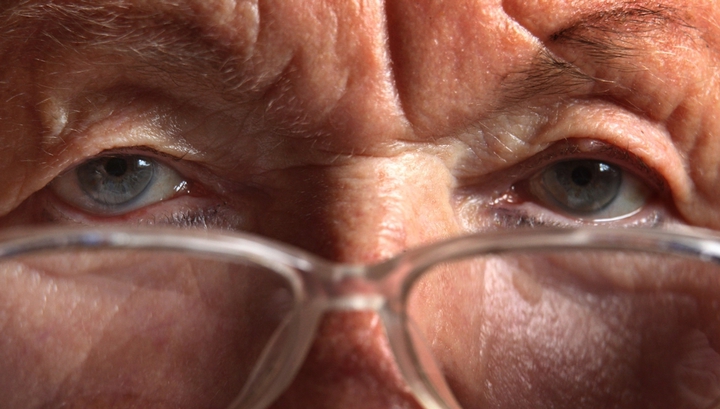 How to determine if a person is inclined to lose memory and develop dementia? It turns out that for this it is not necessary to carry out complex intellectual tests or to explore the brain – it is enough to look into the person’s eyes.

Recall that memory loss is one of the main cognitive impairments. They arise, including, due to damage to the vessels of the brain – their blockage or rupture. But if the large arteries are examined fairly simply (for example, using an MRI scan), then it is much more difficult to notice any changes in the state of small blood vessels.

However, there is still one loophole. Researchers believe that the eyes – this is not only a mirror of the soul, but also a mirror that reflects the unhealthy changes and damage to the blood vessels of the brain. In other words, to understand whether they function normally, it is enough to study the vessels of the retina (the inner shell of the eye), according to a press release from the American Academy of Neurology
“The eyes are the” windows “in the brain, because the vascular network in the retina and in the brain is very similar,” says lead author Jennifer Deal of the Johns Hopkins University (USA).

And the similarity of small vessels of the brain and eyes is both anatomical and physiological.

In the course of the new work, the team did indeed discover that older people with moderate and severe retinal damage experience a greater memory impairment compared to people who have healthy eyes.

In a large-scale long-term study, which started in 1987, 12317 people aged 45 to 64 took part. At the very beginning, they all underwent various tests for cognitive functions, and then the same tests were repeated in 6 years and 20 years later.

Three years after the start of the study, the volunteers were photographed by the retina. It turned out that 11692 people with retinal vessels were all right, 365 people had an initial form of retinopathy (retinal damage of the eyeball), while in the other 256 people retinopathy was already in mild or neglected form.

Physicians explain that the main reason for the development of retinopathy are vascular disorders, which lead to a disorder of the blood supply to the retina. Experts looked for signs of microaneurysms, hemorrhages in the retina, as well as “cotton spots” – soft spots of white that appear due to damage to the nerve fibers and indicate a retinal infarction.

Then the scientists analyzed and compared the results of the three tests for cognitive functions with the data of the images. As a result, they found that participants with the most serious form of retinopathy experienced the most significant memory impairment and slowing down of mental processes. The average test score for this group fell by 1.22 points on a specially developed scale of assessment. Meanwhile, in people with a healthy retina, the deviation was 0.9 points.

And the authors of the work are sure that these processes are accelerated in people after 60 years.

However, to confirm the conclusions, new work will be required. For example, in this case, the pictures were taken only on one eye, although for a complete picture it is necessary to have a photo of the retina of both eyes.
“If our results are confirmed, differences in the state of the retina will help to give reasonable estimates of how much damage to small blood vessels in the brain contributes to cognitive decline,” says Jennifer Deal.

Researchers call the new method “exciting” and are confident that it will become a simple and reliable way to detect the risks of memory loss and the development of dementia. The study of the retina is non-invasive, low-cost, conducted in many clinics.

By the way, some scientists note that the analysis of the state of the retina of the eye can potentially be used in clinical trials of new drugs aimed at improving individual brain functions.

Meanwhile, patients who have already been diagnosed with “retinopathy”, scientists are advised to closely monitor their health. This violation can speak not only of worsening cognitive functions, but also be a sign of the development of diabetes and hypertension.

The article will be published in the specialized medical publication Neurology.