The time arrow does not matter for quantum computers 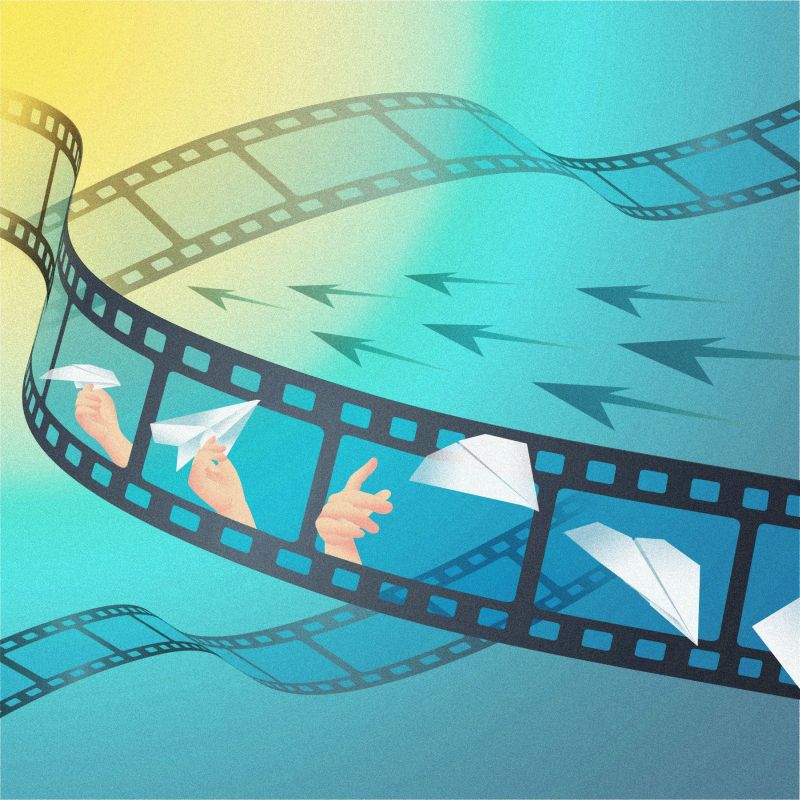 An international team of scientists recently published an innovative study. In it, they showed that quantum computers are not limited by the classical understanding of time.

Scientists have decided to understand whether it is possible to use quantum computers to overcome one of the biggest problems: causal asymmetry. When you observe the course of events, your brain begins to predict what will happen next. So, when you watch a video in which an action scene unfolds, you can track what is happening and put it all together. If the same scene is lost in the opposite direction, then most often it will not make sense. That’s why time does not work in the same way when it is turned back, according to physical predictions.

Some scientists believe in a concept known as the arrow of time, meaning that time always moves in only one direction and that its conversion would change the nature of the cause and effect. This is closely related to entropy, but we will not touch it. However, it is likely that the theory of the arrow of time does not extend to quantum physics – a very strange and unusual in nature.

If you are a professional goalkeeper, you are good at guessing where the ball moving at high speed will hit, before it reaches the target. Your brain uses observational information about the speed and trajectory of the ball to predict where it will eventually end up. In this case, we can also use the same information to build predictions even when the arrow of time reverses.

When it comes to one ball moving along a predictable path, the causal relationship works identically in both directions. It’s even easier to understand if you imagine throwing a soccer ball off the roof. If you were shown a photograph of the ball halfway between the roof of the building and the ground, you would easily predict in which direction it will move forward or backward in time-down or up. 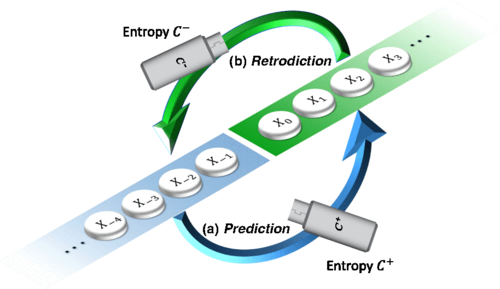 The stochastic process can be modeled in any time order. (a) The causal model takes information in the past ← x and uses it to create statistically accurate predictions about the conditional future behavior of the process P (→ X | ← X = ← x). (b) The retro-causal model copies the behavior of the system from the point of view of the observer scanning the results from left to right, colliding with Xt + 1 to Xt. Thus, it stores relevant information about the future → x to create a statistically accurate retrogression of the past P (← X | → X = → x). The causal asymmetry assumes a nonzero gap between the minimum memory required for any causal model of C + and its retroprincript copy of C- / Aki Honda / Center for Quantum Technologies, National University of Singapore

But, what if it’s not about straight lines and single arcs of a trajectory? What if we throw a sparkle and take a picture at a time when most of them will reach their highest point? Theoretically, you could lose a classic simulation to determine where each of them will fall when moving forward, but doing the same in the opposite direction will be much more difficult and will require a much more powerful computer processor.

That’s why the above-mentioned researchers decided to find out if quantum computers do not perceive the time arrow differently. Theoretically, it is possible that quantum computers will not experience the same problems with causal asymmetry as people and ordinary computers, since they do not use our version of physics. As it turned out, this is really so. At least, according to a study published by the team.

They carried out physical predictions in classical and quantum systems to determine how much memory direct and inverse calculations require. Classical systems have confirmed causal asymmetry, and backward predictions required the expenditure of much more resources to conduct. But, when experiments were conducted on a quantum computer system, the direction of the time arrow did not matter. Quantum computers determine the cause of the cause almost as much as the cause of the investigation.

“The most exciting thing for us is the possible connection with the arrow of time. If causal asymmetry is present only in classical models, this suggests that our perception of cause and effect – and hence of time – may be the result of applying a classical explanation of events in a fundamentally quantum world, “says Jane Thompson, one of the scientists working on the project.

That is, according to the study, our understanding of time is based on a very limited perception of how things actually work. The universe can be very ambiguous when it comes to Newton’s laws of motion.