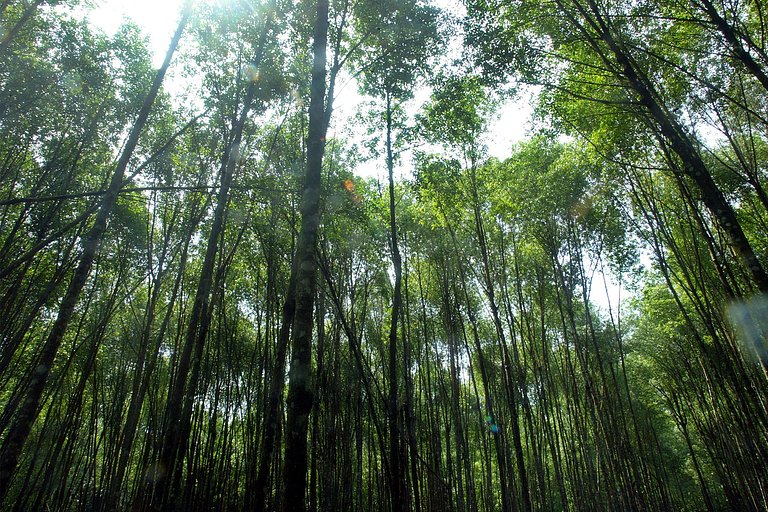 Scientists at Tufts University in the United States found that the islands in Micronesia were inhabited much earlier than expected. The results of the study are published in the journal PNAS.

The islands of the tropical Pacific were thought to have been inhabited by humans in two distinct waves of migration beginning about 3,300 years ago. The first settlers followed the northern route from the Philippines, and in the second wave, the southern route from Taiwan and New Guinea. The new data shows that travelers who followed the two routes may have interacted with each other.

The research team collected mangrove sediment samples from the islands of Kosrae and Pohnpei in the Federated States of Micronesia. Scientists have found that while relative sea levels have fallen over much of the tropical Pacific over the past five thousand years, radiocarbon dating results have shown that the islands are sinking as sea levels there have risen by 4.3 meters.

Off the coast of Pohnpei are the ruins of the ancient stone structures of Nan Madol, which for a long time were considered administrative buildings or religious buildings built about 1000 years ago on islets separated by channels. However, the long-term relative rise of the sea means that there were no channels here before, so describing Nan Madola as the “Venice of the Pacific” may not be accurate. It also suggests that the first settlers on the islands may have lived on the coasts around the same time as on other islands in the Pacific. Rising sea levels flooded ancient sites, leading to an underestimation of the age of settlements on Pohnpei.

The authors’ assumption may be confirmed by future archaeological underwater exploration of what was the island’s ancient coast.