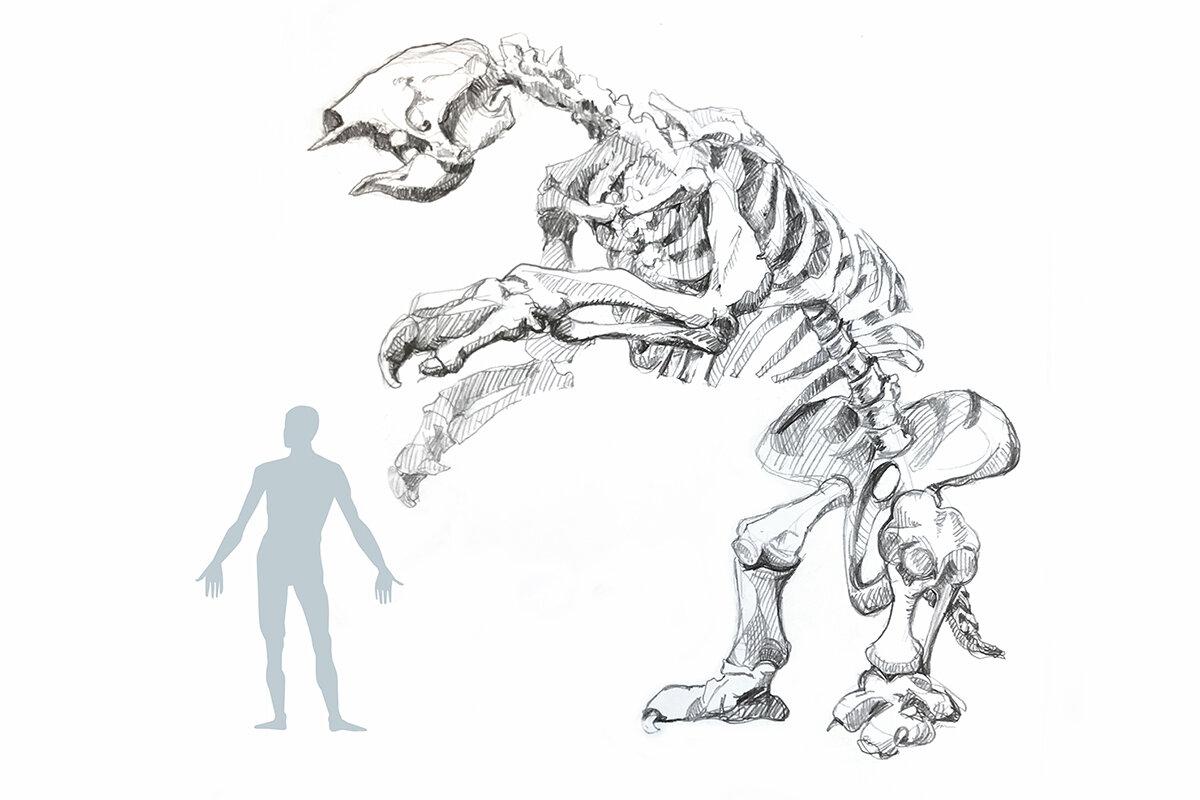 Modern methods of analysis allow paleontologists not only to find out how this or that ancient creature looked, but also learn a lot about its lifestyle. The discovery of the remains of a giant sloth of the Eremotherium laurillardi species that lived in Belize more than 27 thousand years ago is a vivid example.

Studying the petrified tooth of an extinct creature, the researchers were able to learn a lot about the last year of its life and put forward new hypotheses about the life and state of the environment of the megafauna, about which scientists know little. We explain that megafauna experts designate a set of animal species whose body weight exceeds 40 kilograms. 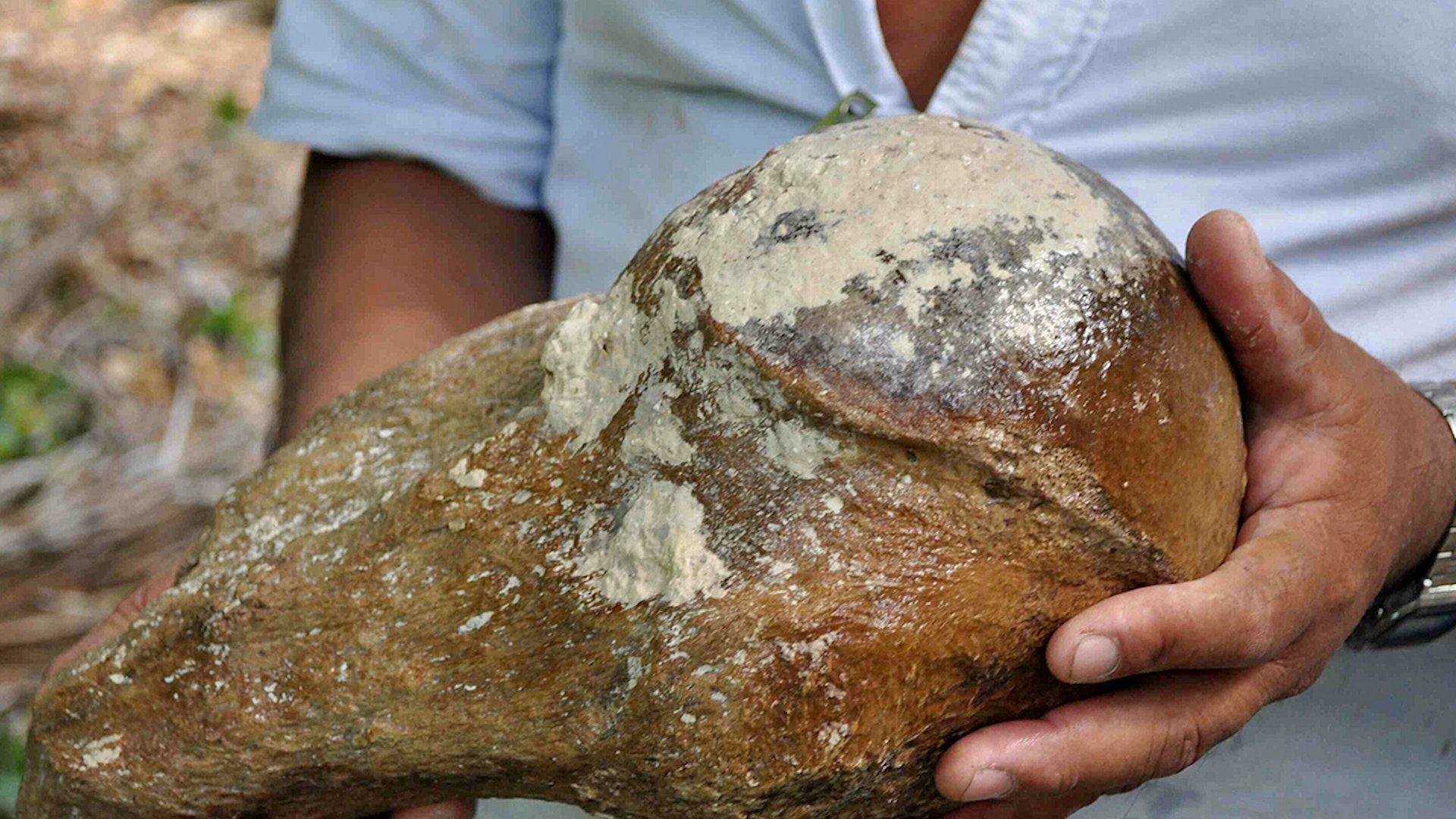 Part of the upper humerus of an extinct giant sloth found during excavations in 2014.

Belize, located between the Caribbean Sea and the east coast of Central America, is a small country with a lot of rainforest and huge biodiversity. For example, Belize is the second largest barrier reef in the world.

Nevertheless, during the life of a giant sloth (reaching four meters in height), the territory of Belize looked quite different: there was no dense jungle, it was necessary to be content with only barren and dry terrain.

The sloth caught the last glacial maximum. The level of the World Ocean at that time was significantly lower than the modern one due to the fact that the water that had accumulated in the form of ice in the ice caps was removed from the hydrosphere.

At that time, the animal and his contemporaries lacked water. Most likely, it was thirst that led E. laurillardi to a huge pit, from which he did not manage to get out alive.

His remains — the humerus and femur, and part of the tooth — were discovered by divers 27,000 years later. 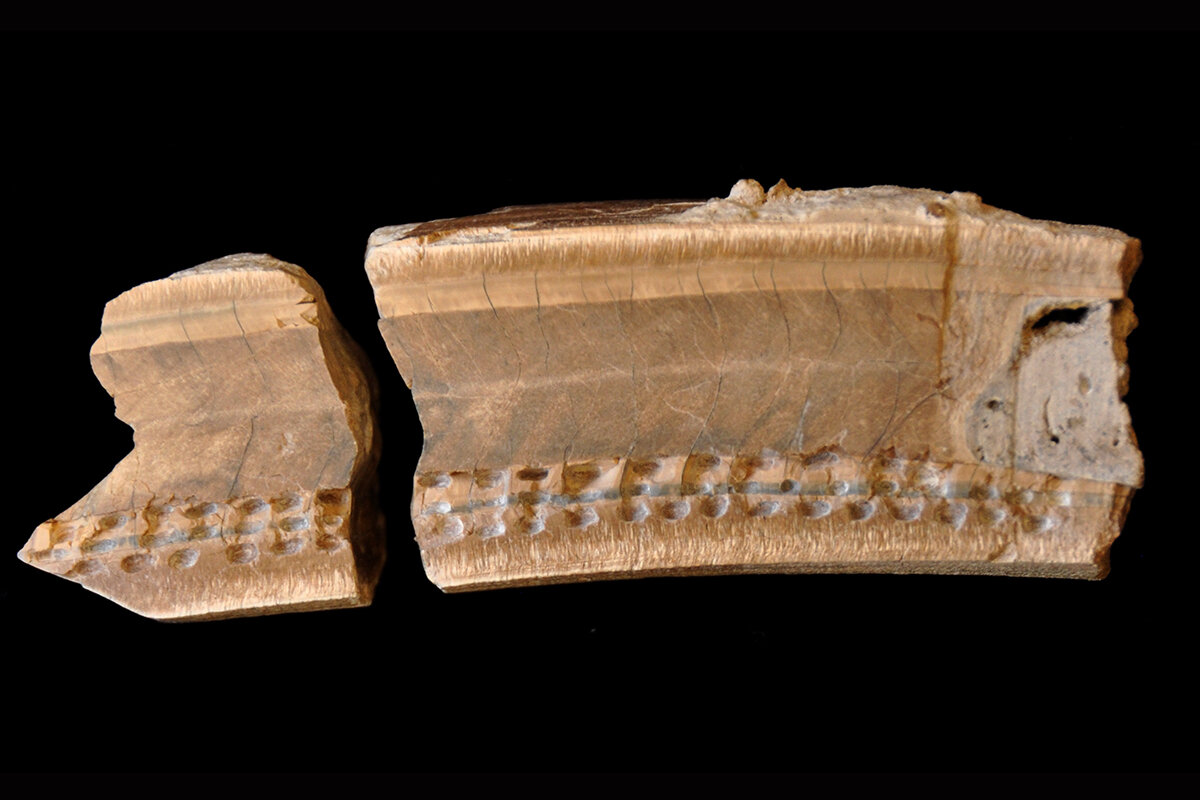 Researchers analyzed tooth sloth tissues. The grooves show where the samples were taken for analysis.
Photo by Stanley Ambrose.

Stanley Ambrose and his colleagues at the University of Illinois at Urbana-Champaign studied the tooth of an ancient creature (the length of the tooth was almost 10 centimeters).

However, scientists are faced with a number of problems. Unlike other huge animals such as mammoths, giant sloths did not have tooth enamel – a hard layer that “records” information about what the creature ate.

Most of the original tissue, moreover, was eventually replaced by minerals (this occurs during the petrification process).

Nevertheless, cathodoluminescence microscopy allowed the Ambrose group to separate the “surviving” tissues from the minerals. As a result, scientists received 20 samples of orthodentin – the tissue from which the teeth were built.

“For the first time, this allowed us to trace the monthly and seasonal changes in the diet of the sloth, as well as to choose the best part of the tooth for reliable radiocarbon dating,” says Ambrose.

Experts found out that the sloth faced a nine-month dry season, and only three months of the rains made his life somewhat easier. Judging by the fact that he ate, the sloth dwelt in the savannah, and not in the forest.

In addition, scientists have found that sloths could adapt to the very different environmental conditions.

The fact that the giant sloths adapted to different conditions explains why they were so widespread and survived for so long. Climate change is one of the factors that some scientists attribute to their extinction (it happened 12-13 thousand years ago).

Meanwhile, new data suggests that these individuals could survive such “vagaries of nature.” Therefore, another hypothesis of their extinction – the hunt for them by ancient people – now sounds like a more plausible one.