The trees have a concept of personal space

Shyness of the crown is a natural phenomenon observed in some species of trees, when the crowns of fully developed trees do not touch, forming a canopy of forest with spaces-spaces. 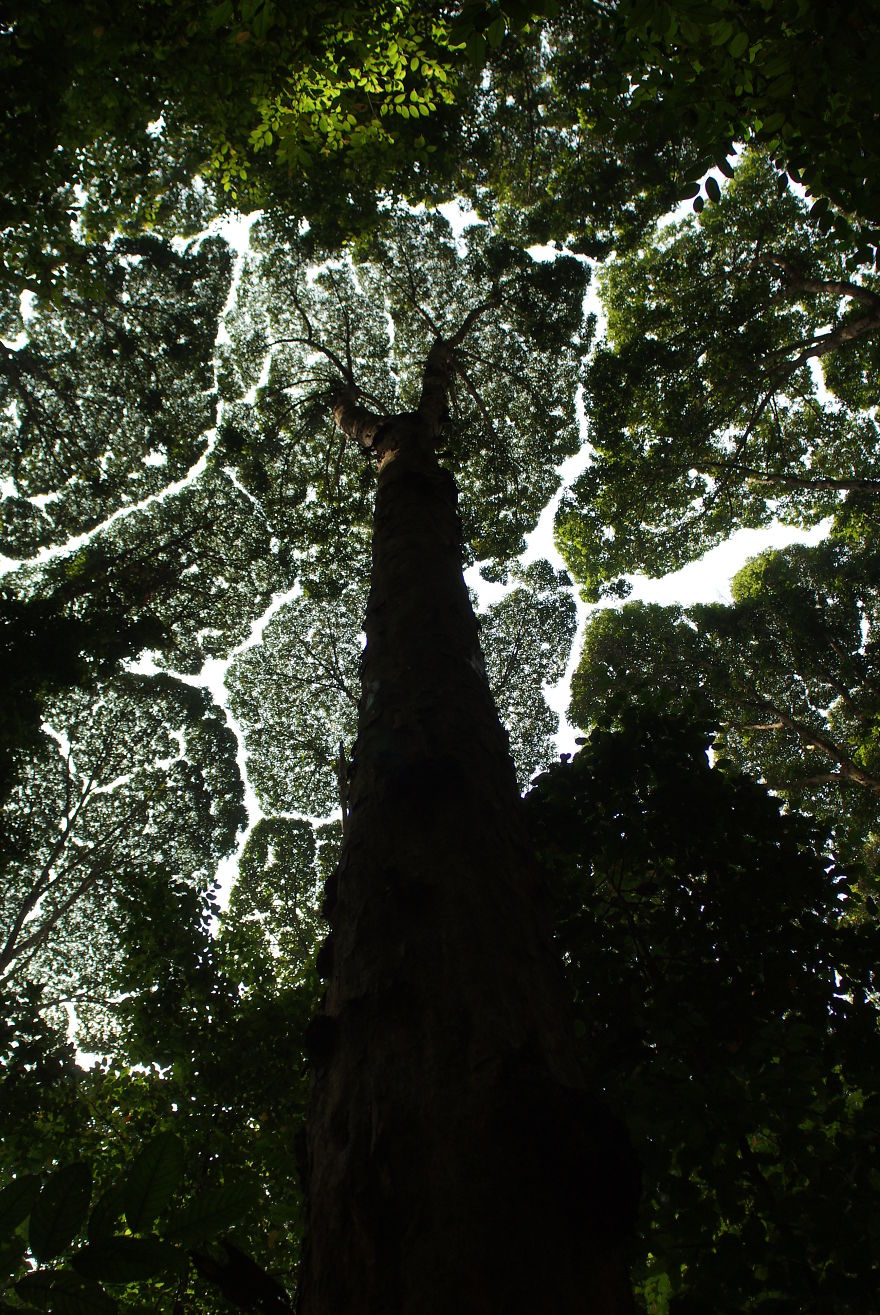 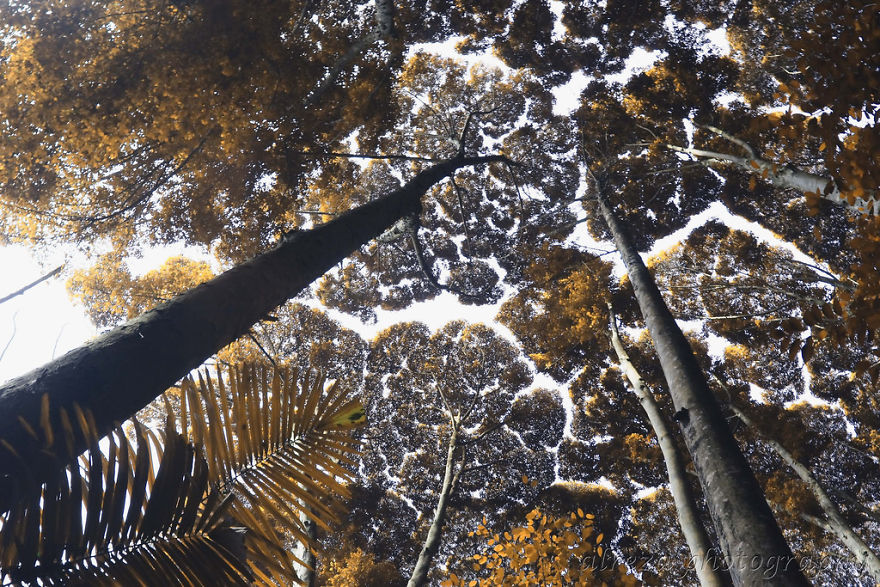 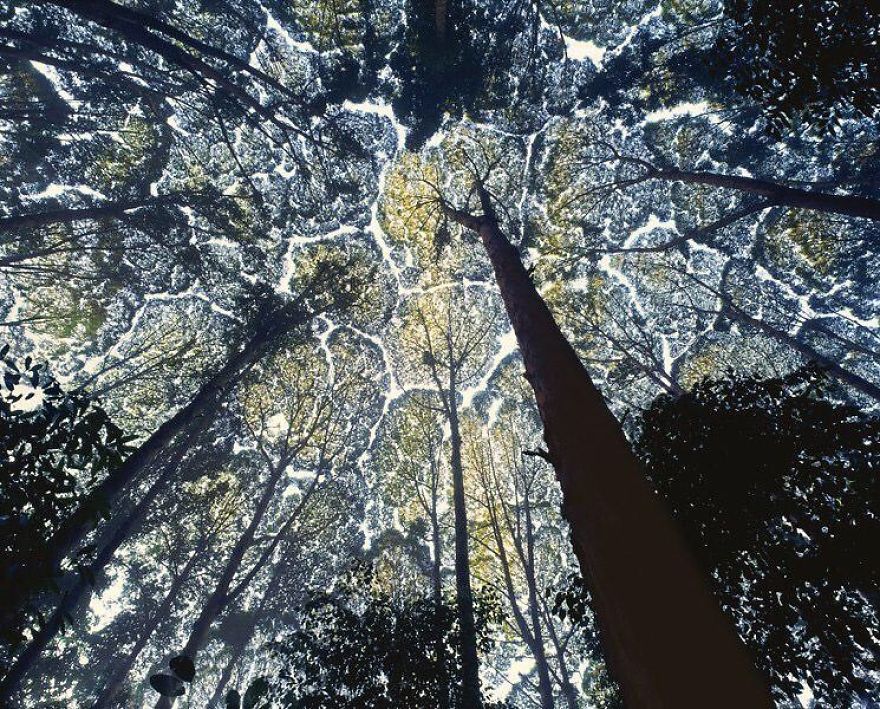 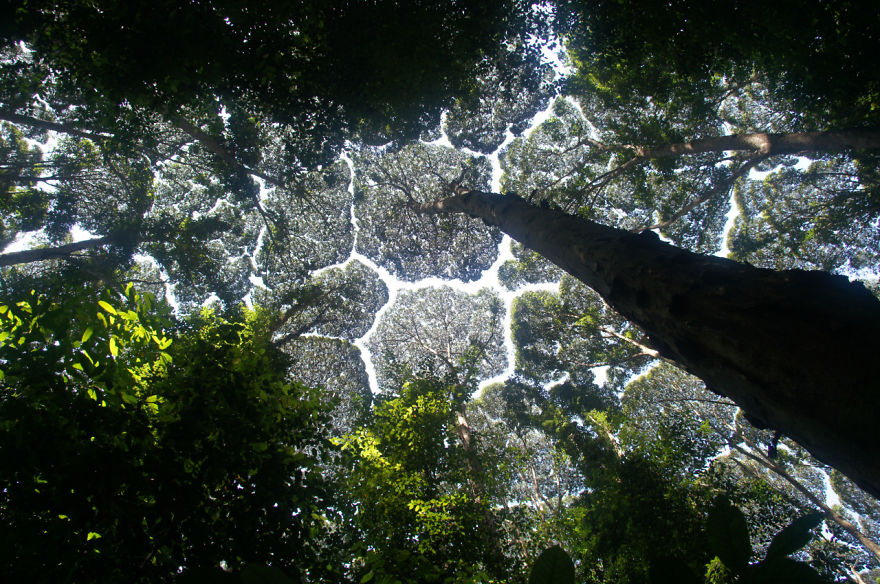 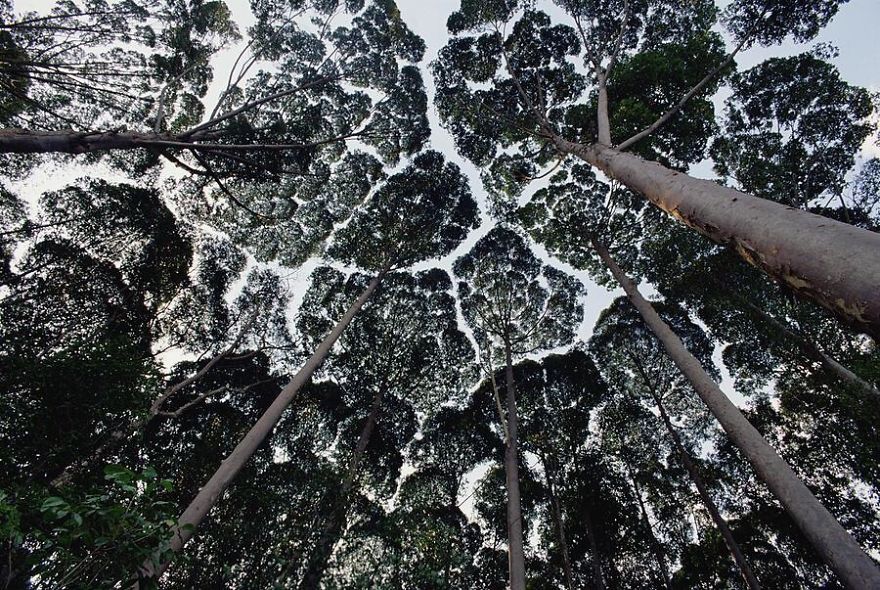 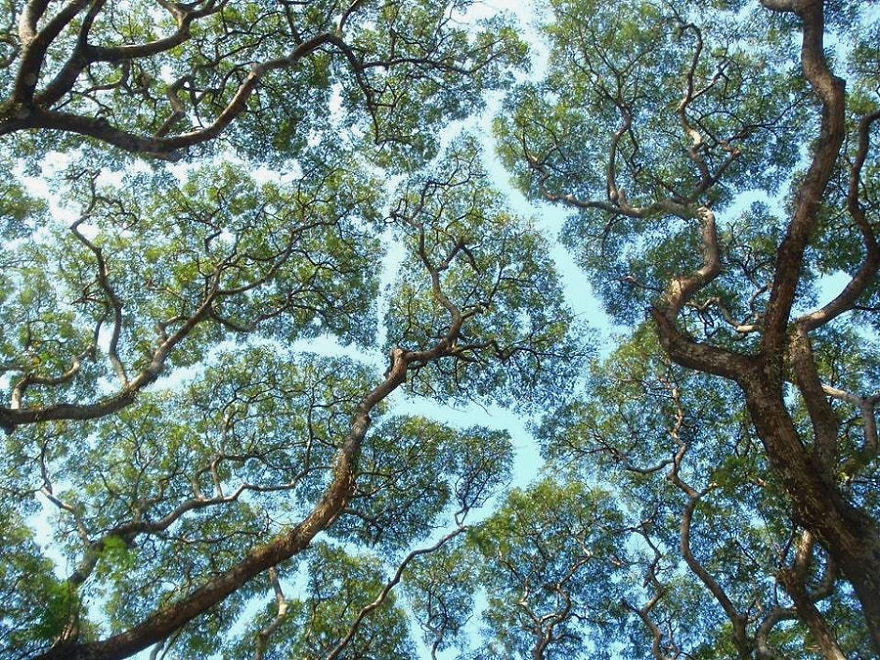 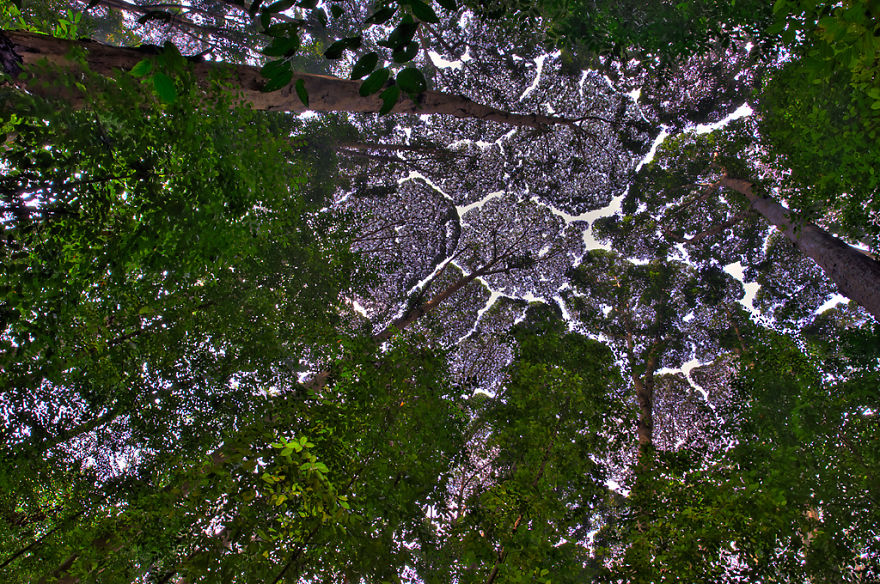 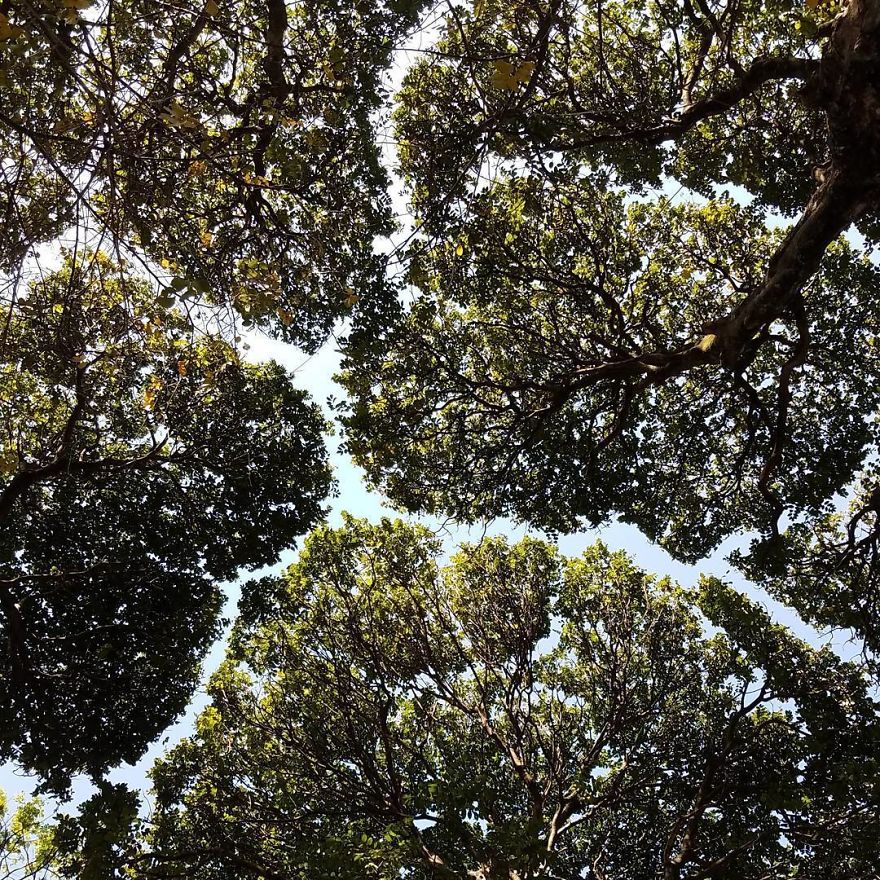 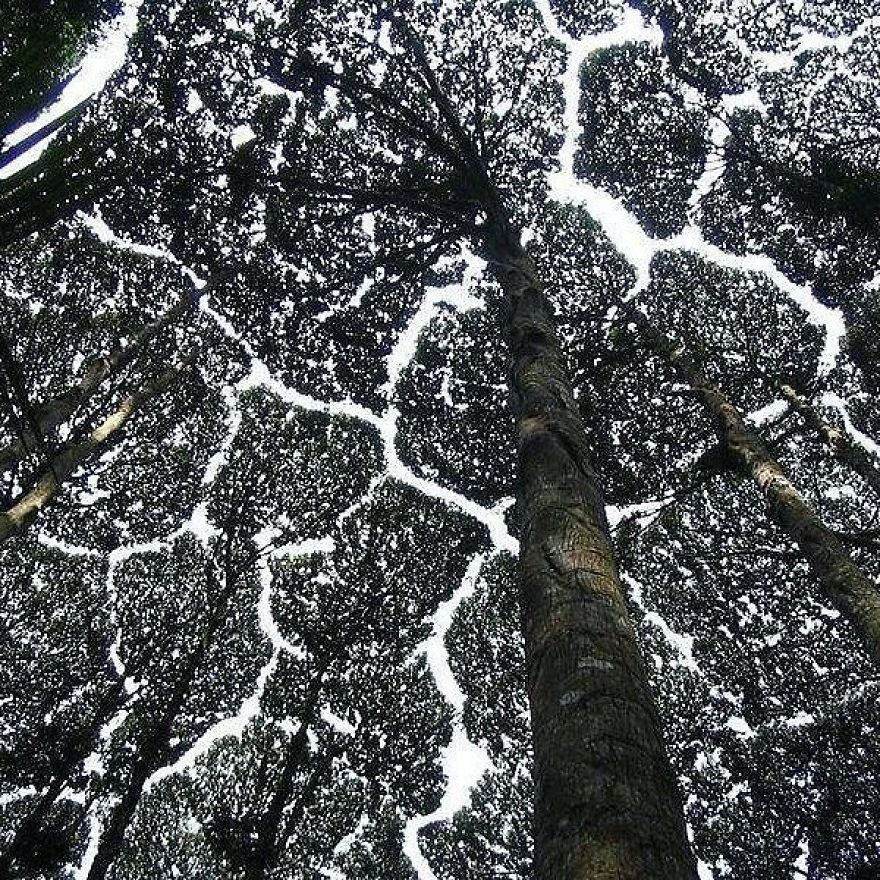 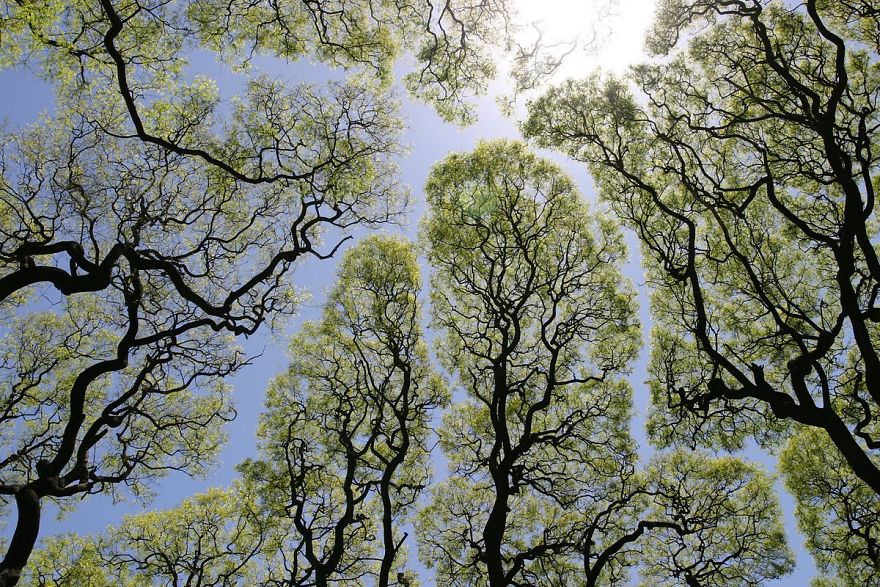 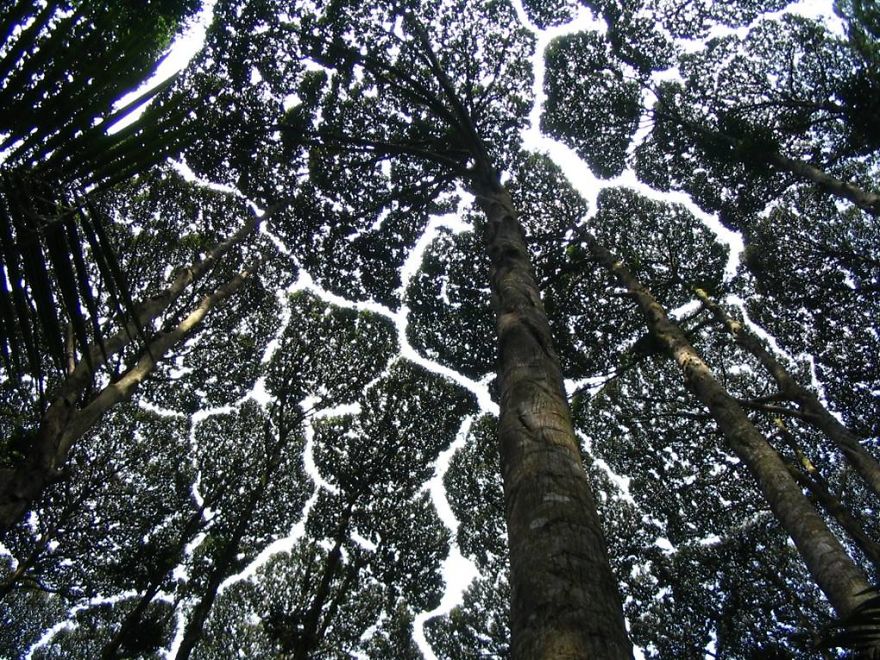 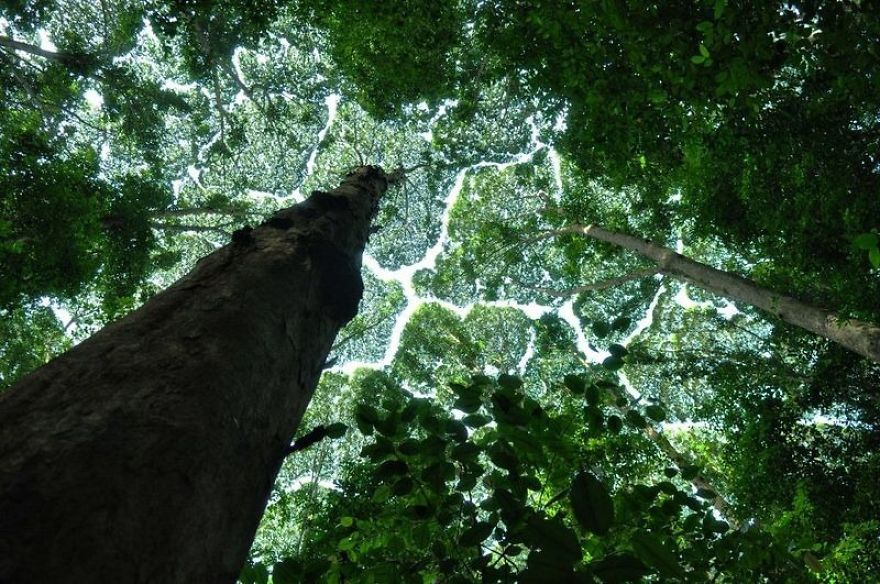 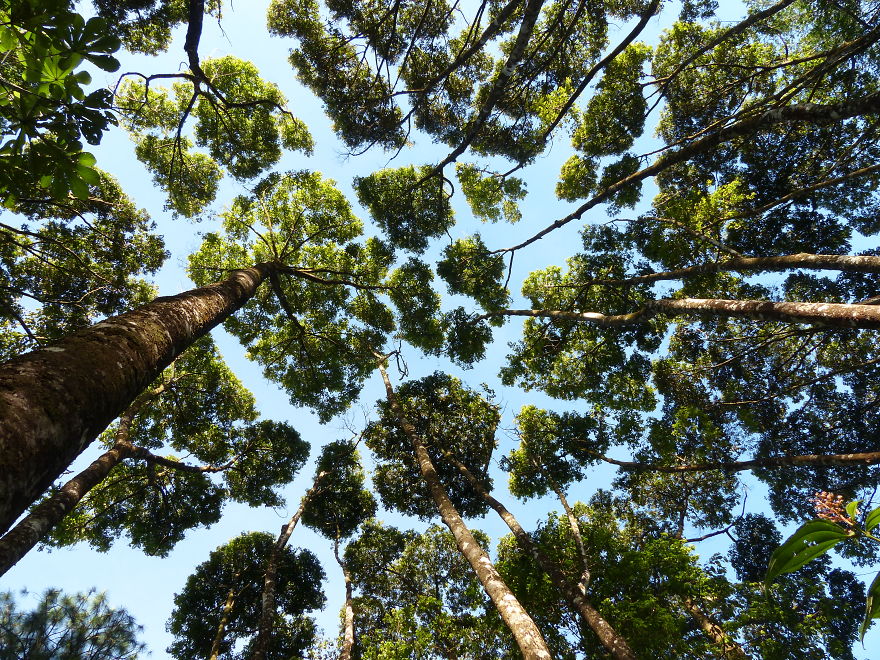 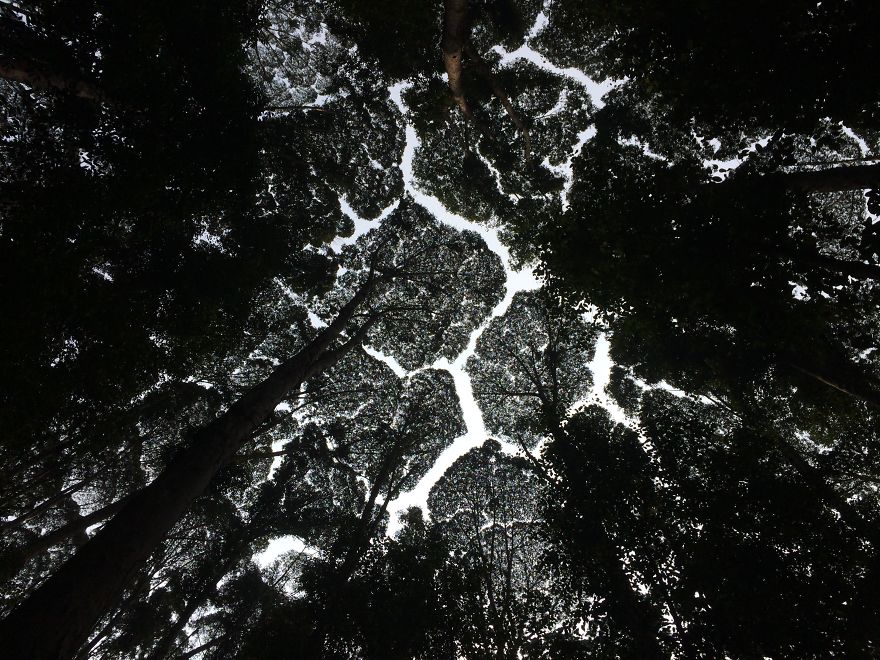 Scientists drew attention to the phenomenon at the beginning of the last century. Even identified the trees on which it manifests itself. To the camphor tree and more lightly added avicenium, didymopanax, a club, a spiny frame, an amber, a eucalyptus. But in nature and the mechanism of the strange phenomenon of nature, it was not possible to figure it out. Scientists only became convinced that the phenomenon really exists.