The TV host blamed the dolphin in indifference 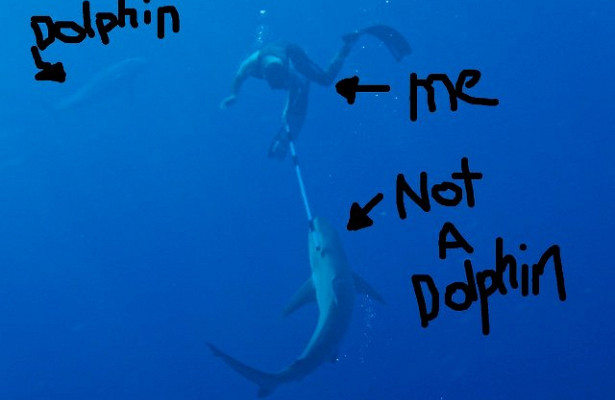 Leading Clark Guyford fought with a shark during the filming of the Young Ocean Explorers educational program.

In the photo in his post Gayford signed where he is, and where – a predator. The photo shows that a dolphin floated at a distance, which did not come to the rescue of a person who was in trouble.

“It turns out that dolphins do not just not help, they really like to watch. Myth from childhood was destroyed, “- the presenter signed.

Most likely, the shark was attracted by the remains of fish and pieces of blood that floated in the water after a meal of whales and dolphins off the Great Barrier Reef. Managing the filming process, Gyfford attracted the attention of the predator. He managed to fight off with a long pole.