The TV presenter ate a piece of the human brain, visiting the tribe of cannibals 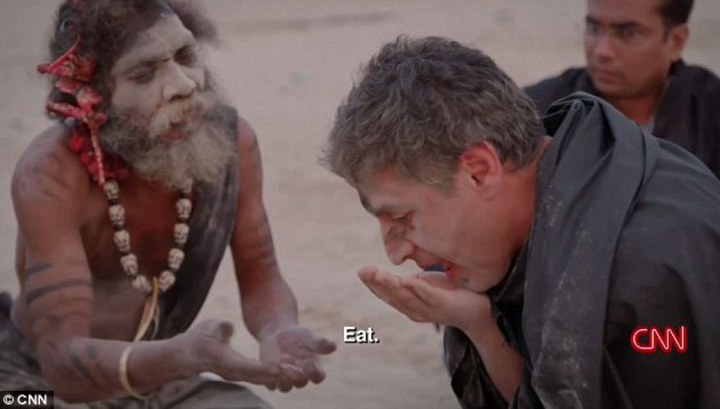 The host of American CNN channel Reza Aslan made a scandalous report while visiting representatives of the Indian sect of the Aghori. Practitioners of ritual cannibalism, believers treated the journalist to a piece of the human brain, forcing it to drink with alcohol poured into the skull of the deceased tribe.

On the frames published below, it is captured, as Aslan, whose face, as part of the ritual, was smeared with human remains, swallows a fried piece of the brain. Later, an American wrote in his Facebook, that the “treat” to taste like charcoal.

This episode provoked a loud scandal in India and in the homeland of the journalist. Aslan was criticized for “denigrating the image of Hinduism.” The accusations fell on a CNN employee, despite the fact that he in the same report stressed that the sect of the Aghori is marginal and is not considered legitimate in the eyes of most Hindus.

In addition, the American interviewed, among others, those representatives of the sect who do not practice cannibalism.

The ascetic Hindu sect of the Aghori was formed in the XIV century. Aghori worship the god Shiva.

In the US Congress they were indignant with these cadres. There it was considered that this report blackened Hinduism. 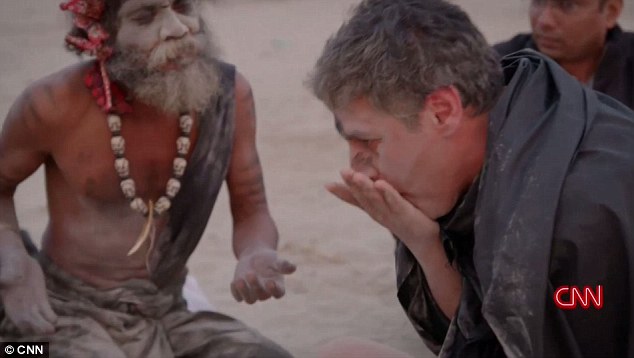