The twirled light was transferred to distance of 143 kilometers 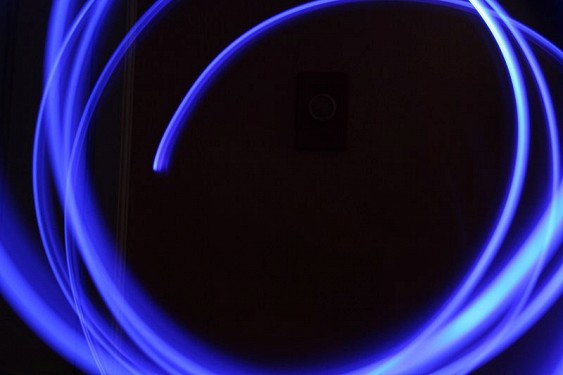 Physics from Austria and Canada has transferred the twirled light to record distance — 143 kilometers.

Experiments of scientists took place on Canary Islands. The twirled light managed to be transferred from Roque’s observatory – los-Muchachos to La-Palma to observatory on a volcano of Teide on Terenif. The signal sent by physics contained the message “Hello World!” He has been accepted only with one mistake — the sign “!” in him was decoded as “P”. Scientists note that the speed of coding and decoding in the method used by them meanwhile below, than similar operations for the Morse alphabet.

Earlier twirled light was succeeded to transfer to distance three kilometers through the sea.
The twirled light represents an electromagnetic wave with the front in the form of a spiral. The front of a wave is called the imagined surface on which fluctuations happen in an identical phase.

Theoretically twirled light allows to transfer bigger amount of information by means of one photon (at the expense of high quantum number). Before physics from the USA and Australia have created the compact device for receiving the twirled light.