The U.S. wants to lift the moratorium on the creation of hybrid human and animal 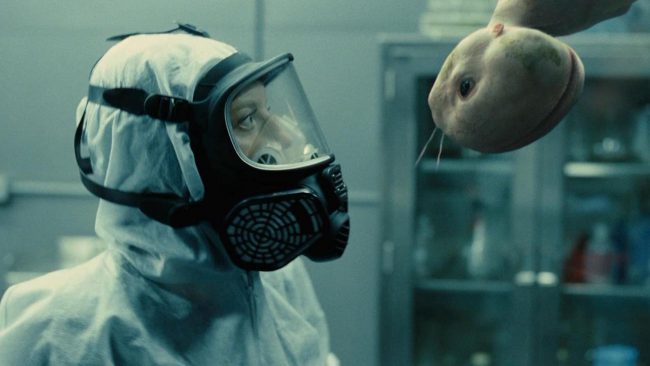 In early August of 2016 in the U.S. network of the National institutes of health (National Institutes of Health, or NIH abbreviated) reported that they wanted to lift the ban on experiments in which human stem cells are introduced into tissues of the embryos of animals. The aim of these experiments is the growing of organs or systems suitable for transplantation, and the resulting hybrids called chimeras.

In the course of experiments on the crossing of species with the creation of chimeras using stem cells, called pluripotential stem cells. These cells are at such an early stage of differentiation that can differentiate into cells of any tissue. In simplified form it looks as follows: in the process of dividing and laying the organs and systems for the development of each of them requires its own conditions and chemical processes to the same pluripotent cells began to turn into different systems (digestive, respiratory, circulatory), and then the individual organs. Anatomy and physiology of all members of the class mammals are similar in nature, and the conditions of formation of bookmarks and organs of the embryo are almost identical. Then we come to the essence of why it took scientists to create chimeras: transplantation of human stem cells to embryos of animals it is possible to grow organisms with human organs that may be transplanted to people.

The word “Chimera” we owe to the ancient Greeks. What you want to get in the end of modern genetics, in fact not far removed from a beast with a lion’s head, a goat’s body and snake’s tail

It is worth saying that a year earlier, the NIH has imposed a moratorium on such experiments, fearing for humanity. It was decided to conduct additional studies in which it was discovered that the creation of hybrid species can help not only in transplantation but also in dealing with such disorders as Alzheimer’s and Parkinson’s.

Indeed, the fight against cognitive impairment and the cultivation of organs for transplantation to people could save thousands of lives, though from the side it looks somewhat inhumane. But think about it: theoretically, when injected into the brain the rudiments of embryos of animals may develop reasonable hybrids. Although experiments “superonyx” animals did not work, for intellectual property indicators they are ahead of “normal” members of their own species. All of this creates a very contradictory situation, in which you can talk about the presence or absence of the resulting hybrids of the human intellect, how does that make all of them reasonable, whether the presence of a Chimera of human organs be considered something more than just crossed? And where is the boundary in which the Chimera becomes conscious, it becomes closer to man than animal?