The UN spoke about the benefits of eating insects 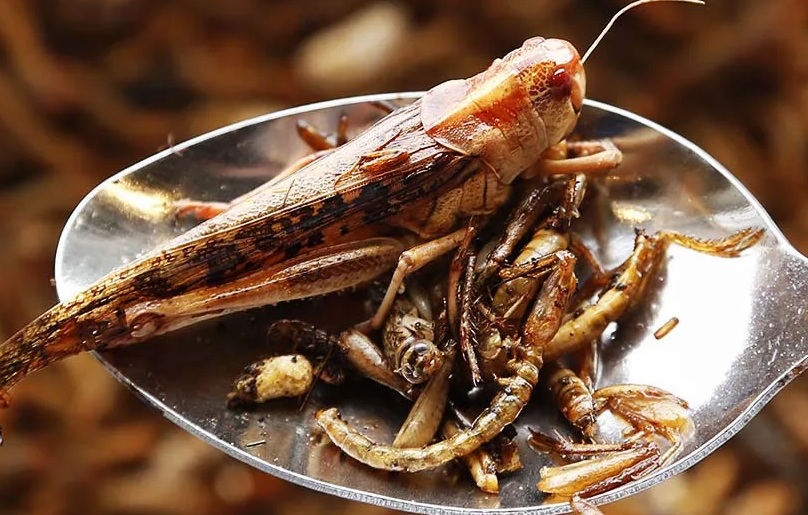 The UN spoke about the benefits of using insects as food and noted that insects are already eating more in the West, but Russia is lagging behind the whole insectivorous world in this regard. It is necessary to eat insects that would reduce the shortage of food in the world.

The global food shortage and the search for more nutritious and environmentally friendly products are forcing consumers and scientists to turn to unconventional food sources, the most promising of which are edible insects. Julia Muir, a leading expert at the Food and Agriculture Organization of the United Nations (FAO), told RIA Novosti that food from insects for more than two billion people “is not news, but common practice.”

“In the world, there is definitely not so much movement, but interest, especially in terms of finding not only nutritious, but ecologically clean food … The nutritional value of insects depends on their type of growth stage and habitat: but in general they contain a high amount protein, which can be compared with fish, saturated fatty acids – they are very useful for malnourished children, as well as fiber, phosphorus, magnesium and zinc, “said Muir.

According to the director of an enterprise that has been growing crickets under Turin for several years, “consumption statistics suggest that by 2050, if we don’t find another source of protein, it’s not enough for everyone in the world.” The secret of the nutritional value of crickets, he said, lies primarily in the highest protein content. In addition, crickets consume two thousand times less water than bulls and cows, and require almost six times less feed per kilogram.

“There is nothing in nature that in dry form would contain 60-70% protein. The production of a kilogram of protein derived from insects results in the release into the atmosphere of 1% of carbon dioxide compared to animal protein,” said Ivan, head of Italian Cricket Farm Albano.

According to Albano, crickets can get into the diet of each person in the form of flour, which is added in proportions of one to nine in any pastry or pasta dough. In the form of flour, they resemble chopped hazelnuts, since they undergo partial roasting during production. The businessman also expressed confidence that “a pan-European permit for the production of food would allow Italian crickets to feed not only animals, but also people.”

Julia Muir, however, is confident that insects can not be the only solution to the problem of world hunger, because “they are now undervalued.” At the same time, she noted that “organizations such as the World Food Program (UN WFP) can incorporate insect ingredients into fortified food packages.”

Speaking about the potential of new types of food, Muir called it a good sign of changes in the legislation of European countries that would allow the use of insects for human nutrition.

“Although people have a certain fear of such products, in the future with the emergence of clear legislation and their distribution, we will see faster growth. On the other hand, this phenomenon already exists,” said a world organization expert. – We will see more products on the market, possibly in which there will be “invisible” ingredients from insects, for example, cricket flour or powders. In the past ten years, energy bars and snacks have appeared. Such a format may be more attractive in the West, so to speak. At the global level, we will see an increase in the use of insects as feed, where their benefits in terms of nutritional value and environmental protection will be claimed. ”

PS: Interestingly, does Julia Muir herself have beetles, cockroaches, crickets and other multi-legged animals? I doubt it. she dines at the best restaurants, and advises others to run in search of beetles. Let them eat what they want in the West, but in Russia, while normal food is enough, thank God. I didn’t eat beetles yet 🙂