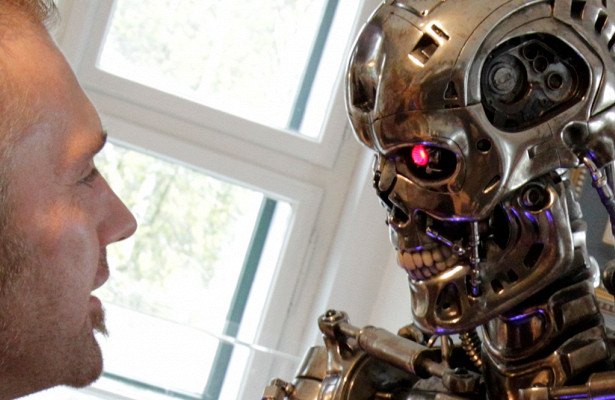 The current real level of allocations of the US Armed Forces for the creation of combat robotics is approximately 90% higher than the Pentagon recently predicted. This conclusion is contained in a report released on Tuesday, prepared by specialists of Bard College (New York State).

According to the information they provided, in the 2018 financial year, which began in the United States on October 1, the US Defense Ministry intends to allocate for the development of various unmanned aerial vehicles (UAVs), unmanned underwater and surface vehicles and other similar systems of about $ 6.97 billion This figure is more than the same for the 2017th fiscal year by 21%. If we take into account such costs for the last five years, it turns out that the US military department spends 90% more on these programs than was planned in 2013, the study emphasizes.

As it specifies, currently the largest expenses of this kind are observed when purchasing for the US Air Force one of the most high-tech UAVs – MQ-9 Reaper developed and manufactured by General Atomics – Aeronautical Systems. This program is planned to spend $ 1.23 billion next year. The multipurpose aircraft MQ-9 Reaper is equipped with 4 laser-guided missiles and is designed primarily to target targets, and the second – to conduct reconnaissance from the air.

“Even though the implementation of some of the major robotics production programs of the previous decade is coming to an end, the cost of such systems generally grows,” said the author of the report, Dan Gettinger, “The documents available to the public indicate that the armed forces are buying more drones than they predicted , and that large budgets for the modernization [of such technology] have inflated spending [on it] beyond all expectations. “