The Universe is adjusted extremely thinly 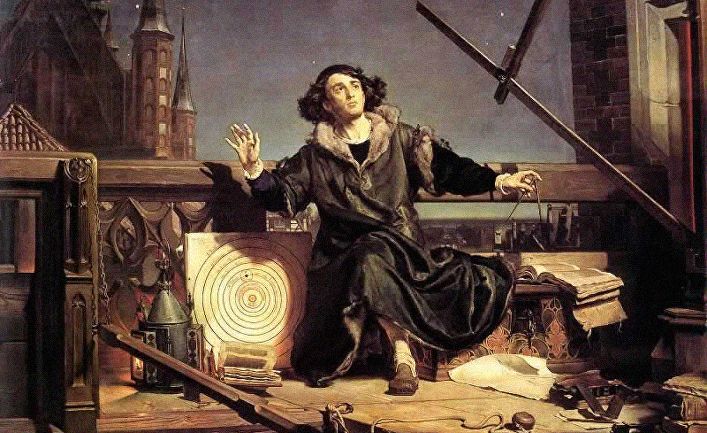 If to ask modern people about the place of mankind about the Universe, they, most likely, will support opinion of Karl Sagan who told: “We live on the insignificant mote turning near an ordinary star in a far corner of a hardly noticeable galaxy”. That is, in space scales the mankind doesn’t represent something unusual, it is only one of uncountable examples of extraterrestrial distribution of reason in the Universe. This look reflects understanding of important achievements of science which show that the Universe is huge and everywhere is approximately identical. But there was time when astronomers considered Earth the center of the Universe and the mankind was considered as something extremely important from the space point of view. When Copernicus confuted this statement, we became no more than ordinary. Today the idea about a regularity of the person sometimes is called an indicator of mediocrity of Copernicus.

As the researcher-astrophysicist I can tell without exaggeration what doesn’t pass also day that I wasn’t surprised to the improbable explanatory force of modern science. But I also learned to be open for the world it to what it represents itself(himself), but not it what I would like to see it. Therefore it is worth paying attention to two recent opening owing to which our place in the Universe needs review now. Perhaps, actually we not such and regular.

Intelligent life can be result of astronomically improbable sequence of events.

The idea that intelligent life can be an everyday occurrence in the Universe has ancient roots. The theologian and the scientist of Renaissance Giordano Bruno were burned on a fire, in particular, for this statement. Hundred eighty one year ago the The New York Sun newspaper has even published images of the having a good time inhabitants of the Moon. In 1908 Percival Lowell famous for the researches of the Martian channels wrote: “From everything that we have learned about structure of life on the one hand and her distribution with another, one may say, that she the same inevitable stage of planetary evolution as quartz, feldspar or nitrogen-containing soils. Each of them and all of them — only manifestations of chemical affinity”. Today we, of course, know that on Mars there are neither channels, nor aliens. From purely scientific point of view, recent books and scientific publications have shown that only for emergence of life on the planet have to be more than favorable conditions, and especially for her evolution and survival for the purpose of development of intelligence. In rather stable conditions it will take at least billions of years. Any hypothetically manned planet has to be at least in stable orbital system around a star which won’t die in the nearest future and isn’t a source of harmful x-ray radiation. The numerous evolutionary biologists writing about surprisingly conditional nature of evolution of mankind have added to it biological caution: even on Earth at possible repetition of process of evolution reasonable beings would hardly appear again. Thus, though the processes happening in the Universe are more or less similar at each other, some events can happen to a smaller share of probability, than others. While we don’t learn more, it is necessary to recognize that evolution of intelligent life could be result of astronomically improbable sequence of events.

My many colleagues with enthusiasm treat searches of extraterrestrial mind. But there is a number of the indestructible physical realities convicting this theory, in particular final velocity of light. No matter, whether there are aliens in far corners of space — they or are, or they are absent. Important whether we will be able to communicate with them. For now it is only possible to guess. In that the part of space, next to us, which we will be able to investigate in the following one thousand years (for us it long, and in Universe scales — only a moment) there were only several million stars. I support searches of extraterrestrial mind. But if chances of his emergence, development and survival only one on one million, then is possible to find him in the neighbourhood hardly somewhere.

Now news: astronomers by means of the telescope of NASA of Kepler and other means have found already more than three thousand exoplanets and have even determined the size and mass of many of them. These opening became amazing achievement, but haven’t surprised either me, or my colleagues. Eventually, we also expected it. The fact that, contrary to our assumptions, not everyone they resemble Solar system became surprising. Actually, an exotic variety of exoplanets became one of the most surprising opening. Among new planets is such whose size practically coincides with Earth size, and there are they in “habitability zones” (the zone of a habitability is a range of distances from a star where water which is considered necessary for life by an element can remain in liquid state). What takes even more, the statistics at the moment assumes that it of such planets can be much. But the similar sizes don’t mean full similarity yet. Venus and Mars, for example, of one with Earth size also are in a manned zone. Besides, the majority of exoplanets known now of the size of Earth rotate around stars which aren’t simply not similar to the Sun, but also aren’t especially favorable for development of life. One of such examples — the next to us a star Proxima of the Centaur. Strong winds and x-ray radiation which it emits probably suppress origin of life on recently found small planet rotating around this star and making a whole revolution in 11,2 days.

Opening of exoplanets hasn’t increased chances to find alien civilizations. Because too many of the known exoplanets were much more difficult, than it was represented earlier, and from the point of view of the conditions seeming pernicious for emergence of life all and so no more than rough estimates of chances of origin of reason continue to be reduced by more ambiguous. In essence, maybe, we long ago one, and we have nobody to talk.

We shall perceive each other as invaluable creations which we also are.

If we are already thousands or tens of thousands of years are lonely (at least, according to the data which are available for us), then we, most likely, aren’t so ordinary in Universe scales. Representatives of intelligent life can be very little. Stephen Hawking voiced opinion of my many colleagues: “It is difficult for me to believe that the whole Universe exists for our benefit”. He spoke correctly: this his belief, his personal feeling which is partially based on belief that we — very regular — such “chemical garbage”. I have beliefs too, but now not about it. All observations will be approved with the idea that the mankind can not be ordinary. We will hardly find out it during the next millennia so this conclusion for a long time will remain quite real opportunity. I call it “the mizantropny principle”.

The second tremendous opening received the name of “the anthropic principle”. Laws of the Universe include own values, such as four forces of nature, velocity of light, a fixed Level, mass of electrons or protons and others. Neither I, nor my colleagues know physics why these sizes were chosen. Anything could be them! But we know that if these sizes differed at least for several percent, we wouldn’t be here. There couldn’t be, for example, carbon atoms, or the Sun would live not billions but only millions of years. Life, and even much less reasonable, couldn’t exist. The most striking example of accuracy — parameters of a Big Bang during which even infinitesimal change as it is supposed, could make development of life impossible. This remarkable example of thin setup of the Universe was carefully reviewed decades. Barrow and Tipler in the exhaustive book The Anthropic Cosmological Principle in detail described this “coincidence”. The fact that the Universe is, seemingly, extremely thinly adjusted for existence of intelligent life isn’t especially challenged, and this second proof putting the end to the principle of mediocrity (Copernicus’s principle). But why the Universe is so perfect, you ask?

Good question. There are only three scientific answers so far. The first — blind good luck. The second — it was offered and protected by my colleagues theorists — the multiuniverse: an infinite number of the Universes covering all logical opportunities. We just live in one of them. The third answer concerns questions of philosophy and is connected with quantum mechanics. (If you studied any modern rate of physics, to you, would shall, this point of view is familiar). Matter consists of wave functions of probability which become “real entities”, only when they are estimated by the conscious observer. The pioneer of quantum mechanics John Wheeler — one of several thinkers to whom the unusual nature of the Universe suggested an idea that she had to create conscious beings to become real.

To be recognized, I am not a fan any of these answers. They are similar to an excuse, and me as to the physicist trained to give preference to simple decisions, the assumption of the multiple Universe seems unjustified. The quantum-mechanical way is possible, but is unpleasantly mysterious. And still in quantum mechanics there are still a lot of secrets so from all three options it especially as the current quantum researches are doomed to success in case of our life has a potential.

The essence is that if any process — it is possible, quantum mechanics, but, maybe, and something else — pushes the Universe to creation of intelligent life, then we, people, are illustrations of the teleologic point of view. She assumes that we are allocated with some space role. I hope, it will be for you the same revelation what became for me when I for the first time read Wheeler’s work. Today it became even more urgent as all of us learn about exoplanets and thin setup of the Universe more. Five kopeks are inserted also by modern philosophers, such as Thomas Nagel who in the book of the 2012th year “Reason and space” (Mind and Cosmos) speaks as follows: “We didn’t find life anywhere, except Earth, but more considerable from the cosmological point of view of the natural fact doesn’t exist”.

I am the scientist-experimenter because I like to learn the world and it often surprising and unexpected lines. I think, a piece of good advice won’t build too many guesses. And the assumption that the person an everyday occurrence, is a guess. To assume our exclusiveness — case, of course, another. Instead we shall study at the nature and keep an open mind. I think, the simplest conclusion is that the mankind isn’t ordinary and has a certain significant space role. There is a number of ethical questions which need to be considered, and the religion can make a powerful contribution to discussion of this subject. We shall perceive each other as invaluable creations what we also are and to care for our exclusive space house — Earth. Perhaps, the modern science also provoked this revaluation, but its decision will demand the best of our human qualities.

Howard Alan Smith is the senior astrophysicist of the Harvard-Smithsonian center of astrophysics and the lecturer in Harvard where has deserved recognition for the high level of teaching. The author more than 350 scientific works and the book “Yes will be light. Modern cosmology and a cabbala, a new conversation between science and religion” (Let There Be Light: Modern Cosmology and Kabbalah, New Conversation between Science and Religion). Before arrival to Harvard was the chief astronomer of the National museum of aircraft and astronautics, and also the invited expert in the field of astrophysics in NASA headquarters.