The US banned other countries from visiting the lunar missions “Apollo” 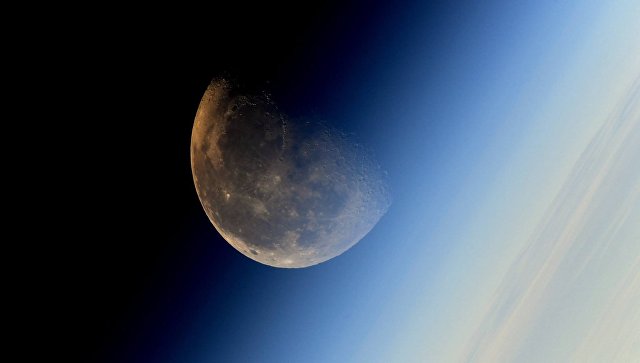 The US Department of Science and Technology prepared a report on the protection and protection of the Apollo lunar landing sites and objects, which recommends imposing restrictions on activities for other countries and commercial companies near historical American facilities, said the vice-president of the International Association of Space Activities, a member of the Council RAS on space Valentin Uvarov.

For the first time, the US government expressed concern about protecting its property on the Moon in 2011, when NASA issued a report entitled “Recommendations for organizations operating in space: how to protect and preserve the historical and scientific values ​​of the US-owned lunar objects.” The document gives recommendations on what and how commercial organizations and other states should do if they land on the moon, so as not to damage US property.

“The new document expresses concern over the rapid development of private companies in space and plans for the development of the moon.As an example, Google Lunar XPRIZE is given and recommendations are given to study the issue of protecting” lunar historic sites, “Uvarov said.

According to him, the report sums up the legal basis for fixing the “technical norms” developed in the US as binding for all those who plan to send their devices to the Moon and carry out any activity there.

The list of “significant artifacts and activities of the US government” on the Moon, which are subject to protection, includes the landing sites of the Apollo missions, automatic vehicles, equipment brought by the Americans, a disk with the messages of the leaders of 74 countries, traces of American astronauts and rutters on the surface of the satellite Of the Earth.

Rules of Conduct on the Moon

The authors of the document express concern about the possibility of harming historical sites and artifacts in the event of planting near protected sites. Among such impacts, for example, include crashes during planting, dust picked up during landing, and chemical impact by fuel from rocket engines. It is noted that as a result of the absence of an atmosphere and low gravity, the lunar regolith can spread dust for many kilometers.

“The legal question is how can you determine this safe distance and, most importantly, who will determine the line that can not be crossed by carrying out any activity in order not to damage the property of the US government?” It is noted that in case such actions can touch American facilities, including equipment on the Moon, it is necessary to consult with the United States in advance, so we can say that the US is trying to impose its own rules on other countries and non-residents of the United States conducting on the moon, “- said the expert.

“It turns out that if someone, according to the Americans, begins to” dust “on the Moon regolith and it is not known at what distance from the landing site of the Apollo, this can be done, this someone is at risk of encountering all the power of American laws, not to mention the anger of museum workers, “Uvarov added.

In conclusion, the authors recommend NASA and other agencies to participate as partners in lunar missions of other countries or private companies to influence the consequences they have on American artifacts on the Moon.

“With an example of” lunar historical sites, “a certain tactic is visible, in which the United States declaring its adherence to the existing system of international law is in fact trying to replace the national legislation in this case with the norms of international space law,” Uvarov said.

According to Uvarov, the United States understands that the world space industry is developing rapidly and the policy of binding other countries to space projects of the US may not work, so they are beginning to develop new instruments in order to preserve the dominant role in space. One such tool is the creation and implementation in international practice of rules and regulations that are primarily in the interests of the US government or private American companies.