The US ceased the development of an electromagnetic gun 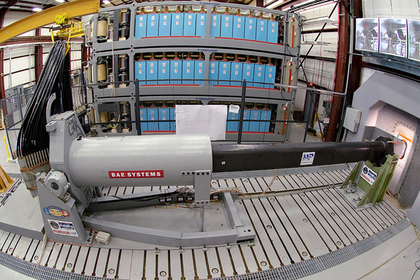 The Pentagon will refrain from the introduction of the railgun (electromagnetic gun), the corresponding program should be curtailed as early as 2019.

In the Congress of the United States came to the conclusion that the project of an electromagnetic gun does not justify its financing. Instead of the railgun, the US military will pay more attention to other types of weapons, in particular, electronic and hypersonic weapons.

The Pentagon spent more than $ 500 million to develop the railgun. Contractors General Atomics and BAE Systems have been working on the device since 2005. With the help of an electromagnetic gun, it was supposed to disperse a projectile to eight thousand kilometers per hour with a range of flight up to 160 kilometers. For a minute the railgun was able to disperse up to ten shells.

Similar projects are available in China, Russia and India.