The US has created a electromagnetic gun 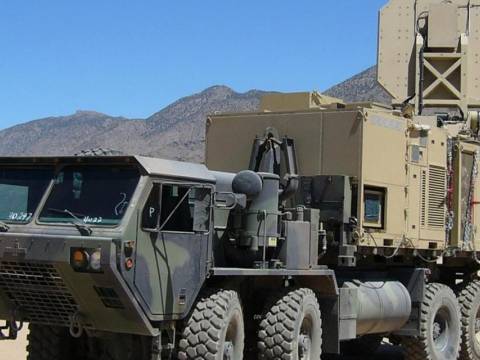 The American company Raytheon has successfully tested the installation, which can shoot down drones with electromagnetic radiation.

Raytheon has developed and tested installation Phaser that can shoot down drones with electromagnetic radiation. Phaser was able to bring down two small UAV: Flanker and Tempest. Tests were conducted at Fort Sill (Oklahoma) in 2013, but the U.S. military is only now declassified.

With the help of electromagnetic radiation Phaser “burns” the electronics, disabling the aircraft. The installation itself consists of an electromagnetic transmitter of the radar station and control system. Nourishes diesel generator. Information on potential targets can be retrieved from its own radar Phaser, and from other sources.

Feature of the complex is its ability to simultaneously affect a large number of drones. This is very important, because now the concept of “swarms” of UAVs is being actively discussed, leading countries of the world. This “swarm” is very difficult to intercept using traditional antiaircraft weapons.

Now there are two modes of operation: Phaser is able to act as a “vossegaten brain” UAV and can be an ordinary jammer who violates the operator with the aircraft. In Raytheon reported that in recent years have significantly reduced the size of the installation. The developers hope that their offspring will be of interest to the us military. If the Pentagon wants to buy a Phaser, the first systems will be delivered within one and a half years.

Earlier, it was reported about the trial in Russia of weapons on “new physical principles”. We are talking about electronic weapons that can disable the electronics of aircraft using directed energy. It’s safe to say that with the increase in the number of UAVs, such systems will be increasingly developed, and its effectiveness will be every year to grow.