The US is trying to create SkyNet 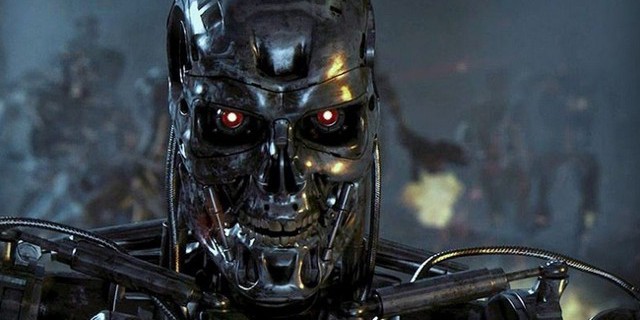 US military leaders agreed on a strategy guaranteeing the preservation of the global dominance of the US armed forces during the 21st century. We are talking about the creation of a large-scale infrastructure that would allow to connect everything connected with the US armed forces into one network.

As a result, a large octopus system will appear that will control one of the most modern types of weapons in the world, as well as all military equipment belonging to the most powerful army in the world.

Sounds familiar? We saw something similar in fantastic films, for example, in “Terminator”, where the “Skynet” system was created, which got out of control and tried to destroy humanity.

A militarized network is an extreme version of the “Internet of Things” – it must connect everything, from F-35 aircraft and destroyers of the Navy, to tanks and all devices that ordinary soldiers have.

Each weapon, vehicle, and device are connected to each other, sharing data that is constantly aware of the presence and condition of each other node in a truly global network.

Of course, the development of these “smart” weapons should lead to what the head of Tesla Ilon Mask repeatedly warned: artificial intelligence and machine training pose a greater threat to the future of the United States than North Korea. In his opinion, if there are mistakes in regulating this activity, cars can turn against people, and until robots walk through the streets and kill people, most of humanity is not even aware of the danger.

The United States Joint Chiefs of Staff told of their vision of the fully integrated armed forces in the latest iteration of their national military strategy, which sets out plans for the creation of a military weapon of the future.

Ironically, the Chief of Staff of the US Air Force, General David Goldfein, said that he based the plan on a completely unprofitable electric car. Goldfain was particularly impressed with Tesla’s ability to remotely extend the battery life of vehicles so that their owners left the hurricane Irma at the beginning of this month.

In recent months, the Joint Chiefs of Staff “collected” the latest version of their national military strategy. Unlike all the previous ones, this version will be with an exact classification.

So far, nothing is known about it, but some comments of important representatives of the US armed forces give an approximate idea.

The same Goldfain in September enthusiastically talked about how information is transferred from one Tesla car to another about obstacles, problems and malfunctions.

“What would the world look like if we linked everything that we have in this way? If we looked at the world through the prism of the network, rather than on separate platforms, electronic interference would be avoided automatically? Every three minutes a maneuverable plane takes off anywhere on the planet. Platforms are nodes in the network, “the US GDP chief concluded.

The idea of ​​a network army borrows the concept of “network oriented war,” which first appeared more than a decade ago.

However, the concept proposed by military leaders in their latest review is to a lesser extent a strategy for increasing efficiency than a plan to connect all military equipment to one network. Nevertheless, the result would be a more coordinated, faster and more lethal action in the air, on land, in the sea, in space and in cyberspace.

The Air Force began a large-scale investment in data exchange technologies. And experiments with light tactical drones of the next generation are not only equipment tests, but also network tests.

The US Air Force Scientific Council is studying how to control a network of military equipment, including light attack aircraft, tanks and even unmanned aerial vehicles. James Chow, the new head of the council, said the study will also consider how to connect to other similar services.

Roughly speaking, in the future, individual developments of different departments can be combined into one global network.

The US IMF management also authorized a study on connecting each facility to the sea, land, air, space and cyberspace to each other. And this is not an exaggeration. Naval Operations Chief Admiral John Richardson said during the Navy exhibition earlier this year that he would eventually “unite everything,” explaining that the creation of such a system would be crucial to maintaining military superiority in the United States.

DefenseOne also notes that, despite obvious parallels, US military leaders hate a comparison between their favorite technology projects and the plot of the Terminator franchise.

The reason is quite obvious: money. The more obvious the risks associated with security, the more difficult it will be to get money for new research and experiments. The military will need to prove that their military network will not get out of control, that it can not be hacked, etc. And, apparently, these questions do not yet have answers.

Meanwhile, given the generosity of Donald Trump regarding the army, they do not have much time to agree on additional budgets and get good funding.

Trump, offering his own version of the budget, intends to save on many things, but not defense. The budget of the Ministry of Internal Security will increase spending by $ 3 billion, the budget of the Pentagon will expand by $ 6 billion over the same period. 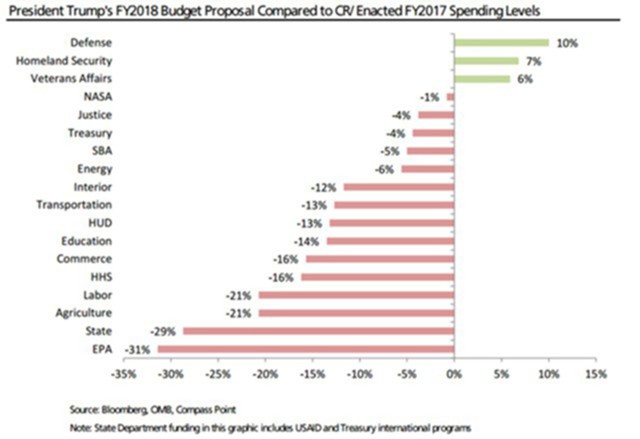 The budget also considers several classic bookkeeping tricks. He suggests that the wars in Afghanistan and the Middle East will force the US Congress to allocate $ 593 billion for additional funding for the war, which will not be necessary, then Congress will argue that this amount should not be wasted.

Despite the fact that Trump proposes to increase defense spending, it will take another year to impulse for more expensive weapons.

The budget Trump is designed for 70 fighters Lockheed Martin Corp. F-35s and 14 aircraft Boeing Co. F / A-18E / F – the same indicators planned by the Obama Administration in the 2018 financial year. Trump promised to increase the fleet of the Navy to 350 ships with 275, which are available today. The Navy said that in the financial year 2018, 12 new vessels will be required.

Therefore, American generals need to prepare such a concept so that it does not cause uncomfortable questions in the Senate and in the White House.