The US Navy launched a squadron of underwater robots 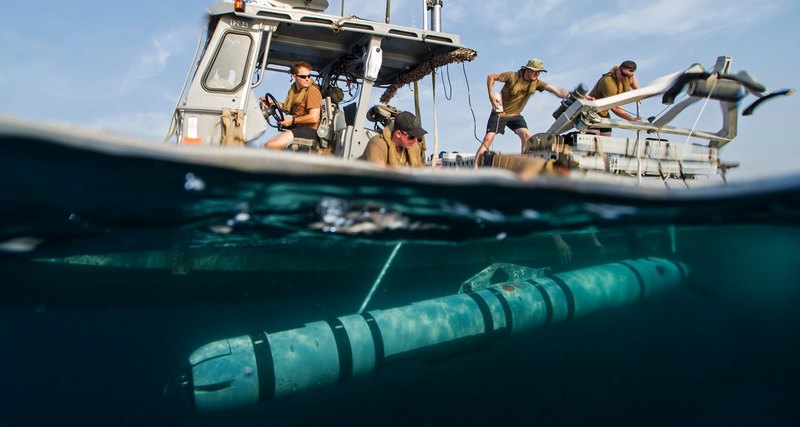 Underwater unmanned vehicles have long been used by the US military for reconnaissance operations, seabed inspection and ship diagnostics, but previously they were part of the DEVRON 5 submarine squadron, which is based on the Kitsap naval base of the Pacific Navy of the US Navy. The independent formation, which has underwater robots, was organized for the first time.

The UUVRON 1 squadron will for the time being perform the standard tasks for such devices: support of warships and submarines, reconnaissance, security, mining and demining, and development of new technologies. Technical characteristics of underwater robots are classified, and the design of devices remains a mystery, since the US Navy has plans to turn drones into combat vehicles by 2020.

The commander of the UUVRON 1 fleet of underwater unmanned vehicles was Scott Smith, who called it the historic moment for the US Navy and emphasized the orientation of the US Navy to unmanned systems and combat robots. The US Department of Defense plans to spend more than $ 600 million on the introduction of new technologies and methods of command and control of the armed forces.