The US will be overwhelmed by a wave of even more powerful floods, scientists said 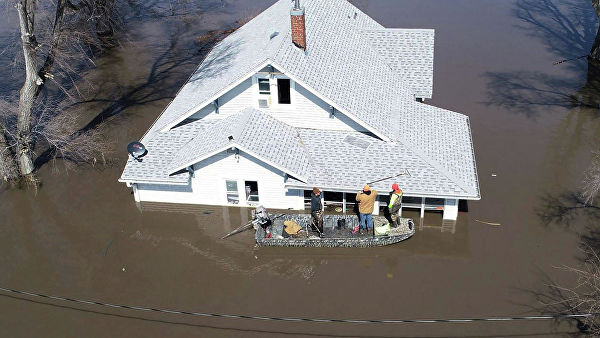 This spring, almost the entire continental territory of the United States will cover a powerful series of floods and floods that will threaten the lives of approximately 13 million Americans. This was stated by experts from the US Oceanic and Atmospheric Administration (NOAA) at a press conference at NOAA headquarters.

“The floods that have already occurred in South Dakota, Nebraska and other states are just a prelude to what will happen in April and May. We expect a catastrophe to happen that is not inferior to the historical floods of 1993 and 2011, which caused billions of dollars in damage US economy, “said Mary Erickson, deputy head of the US National Weather Service.

Two years and a year ago, Russia, the USA, England and a number of other countries were struck by a number of extremely powerful weather events, such as heavy rains and extremely high summer heat in Russia and South Asia, floods during the autumn and winter in England and the USA.

The increasing frequency of various floods, periods of extreme heat and other unusual weather events in recent years has led many scientists to wonder whether they are associated with climate change and those changes in the currents at sea, the movement of winds in the air and the flow of water on the earth, which brings with it the growth of average annual temperatures.

Today, climatologists associate many of these phenomena with changes in the nature of the work of the El Niño climate phenomenon, the nature of the movement of the North Atlantic Current and many other important “conductors” of weather and climate on Earth. They not only accelerated global warming, but also changed how often and in what amounts precipitation falls.

Erickson and her colleagues predict that the next series of powerful floods associated with a sharp increase in rainfall, the United States expects in April and May of this year. Scientists estimate that they will affect about two-thirds of the states and about 200 million people living in the vicinity of major rivers, lakes and other bodies of water.

The greatest danger will be 13 million Americans living in cities along the banks of the Mississippi, Tennessee, Missouri and some other major waterways in the central regions of the United States. Climatologists predict that they will face powerful floods that can set new records. 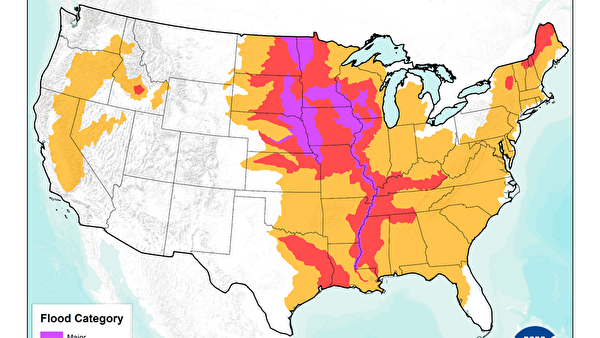 Critical conditions, as researchers suggest, will develop in these regions of America for three reasons — due to record high rainfall during the winter — it exceeded the norm by about two times, rapid melting of snow in March and abnormally heavy rains in the following months.

The situation may be aggravated if there are congestion in the lower reaches of large rivers that impede their movement in the direction of the Great Lakes, the Atlantic Ocean and other drainage basins.

At the same time, what is interesting, in some states in the western part of North America, on the contrary, there will be a severe drought, which can also adversely affect the lives of local residents.

Now, experts from NOAA and the US National Weather Service are consulting with the state authorities, who are most affected by floods, and are preparing recommendations for the civilian population.