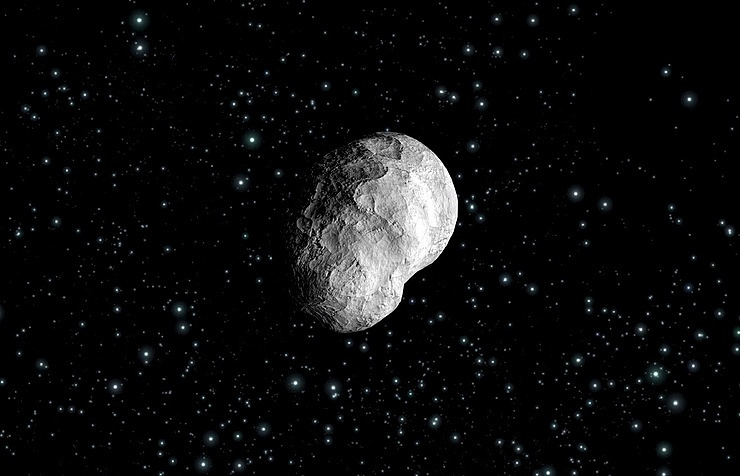 The American government has staged interdepartmental command-staff exercise on a case of collision of an asteroid with Earth which potentially could be followed by large-scale destructive consequences. The press service of National administration of the USA on aeronautics and a research of space (NASA) has reported about it.

NASA and Federal agency of the USA on emergency situations (FEMA) have acted as organizers of this training, the press service has specified. The Pentagon represented by the American Air Force, national laboratories of the USA – the large state scientific technological centers entering into structure of the Ministry of Energy and which are engaged among other in creation of nuclear weapon, some other the organizations and authorities of the state California has also taken part in her. In his territory, in El-Segundo’s town, doctrines have taken place on October 25.

According to their scenario, actions which will need to be undertaken in connection with collision on September 20, 2020 with our planet of an asteroid the size presumably of 100 m by 250 m miscalculated. The probability of his falling to Earth was allegedly initially considered by equal 2%. However, in May, 2017, on a legend of doctrines, experts will understand that collision of this celestial body with our planet is inevitable. By November, 2017 experts as assumed the scenario of doctrines, will define that the asteroid will fail or in the southern part of California, or near its coast in the Pacific Ocean.

The American authorities fulfilled the plan of measures, necessary for implementation of mass evacuation of the population in Los Angeles and its vicinities, that is, about 13 million people. This option of actions has been chosen because of an estimated lack of time on realization of any mission for the purpose of destruction of an asteroid or change of his trajectory for prevention of collision with Earth. On doctrines not only the models predicting consequences of the described cataclysm were studied but also plans of a denial of various rumors and the untrue information which, probably, at such succession of events can become a serious factor of impact on public opinion were formed.

The new head of scientific management of NASA Thomas Tsurbukhen who is the American of the Swiss origin has warned that the threat of the accident similar which was considered on doctrines, is rather real and raises a question of that, “when we will take measures in such situation, but not about whether we should be engaged in general in it”. In turn the head of FEMA Craig Fyyugeyt has expressed confidence that “it is crucial to authorities to fulfill scenarios on a case of such accidents which probability is small, and consequences of which are considerable”. According to NASA, present doctrines became already the third this sort with participation of space department of the USA and FEMA.