The virus is able to “speak” to each other 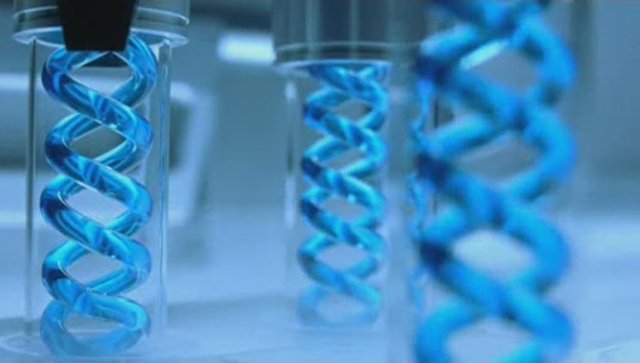 Biologists have found evidence that viruses have some form of collective intelligence and are able to recognize the marks that are left in the cells of their rivals and relatives, and be guided by them when making decisions.

These bacteriophage (viruses affecting bacteria), contain two programs of behavior. One causes the cell to produce a huge amount of copies and it starts the self-destruct, and when you turn on the second it is integrated in its DNA and goes deep underground with the possibility of revival in the future — explains the Nonya Pariente (Nonia Pariente), molecular biologist and editor of the journal Nature Microbiology.

The soldiers of the eternal war

Diseases and infections are not something that suffers, and other multicellular creatures – between bacteria and viruses are a few hundred million years there is a constant war for survival. Traces of the war can be found everywhere – in each milliliter of seawater contains a billion to combat viruses, bacteriophages, and approximately 70% of marine micro-organisms that they infect.

Over billions of years of evolution, viruses have learned to overlook the protective systems of microbes, and the latter developed a kind of genetic virus, the CRISPR-Cas9 system, which finds traces of viral DNA in the genome of the microbe and causes it to commit suicide to protect neighboring bacteria. The viruses responded to these measures of evolutionary defense, creating anti-antivirus that suppresses a CRISPR-Cas9, and biological arms race continued.

Rotem Sorek (Sorek Rotem) Weizmann Institute of science in Rehovot (Israel) and his colleagues found another very interesting example of weapons invented by viruses, by studying how the phi3T bacteriophage that infects the normal bacilli (Bacillus subtilis).

Initially, the researchers tried to understand a completely different thing – how microbes notify each other of the presence of the virus and are preparing to repel his attack. As did the scientists infected the bacteria secrete into the environment a special signal molecules that signal other microbes in their colony about danger.

To verify that Sorek and his colleagues grew a colony of the bacilli, infected them phi3T, after which the filtered liquid, which was isolated microbes during infection of the colony. Part of this solution biologists have added a new colony of bacteria, suggesting that those signal molecules that their dead companions, were isolated in the culture medium, prepare them for new viruses and protect against infection. The reality was quite different.

It turned out that the short protein molecules arbitrium, which biologists have isolated from this solution, in fact, was designed to communicate the virus to each other, not bacteria, and the authors were not microbes, and their uninvited guests.

These molecules, as shown by the experiments of the Israeli geneticists, cause the virus to switch from one program to another. In the presence arbitrium viruses go underground, once incorporated into the DNA of bacteria instead multiply rapidly and destroy cells.

The switching program occurs for the reason that arbitrium blocks the viral protein AimR responsible for the start procedure of reproduction of viral DNA and dissolve the walls of bacteria.

Why do we need viruses? Such a system of signals, as the scientists explain, works as a form of collective intelligence viruses, which allows them flexibility to coordinate their behavior. When a virus is small, it is more profitable to proliferate, infecting new bacteria and killing them, but eventually they become too many and bacteria begin to react to the infection, or the number of bacilli decreases to very low values.

At this point, the virus switches to the alternative program intrusion using signals similar to the arbitrium, and “hiding in the crowd”, waiting for a new moment to infect. According to Soraka, his team discovered more than hundred other molecules, similar to the arbitrium and the AimR, other viruses-bacteriophages, which suggests that many or even all viruses are able to communicate with their own kind.

It is possible that similar systems exist in the viruses that infect man, and their presence could explain how HIV and other retroviruses are hiding in the cells when you try to expel them from the body. If scientists can find a molecule that will force HIV forever to dig in the cage and not come out, the problem of dealing with it will be solved.