The warm caves beneath the glaciers of Antarctica are thriving 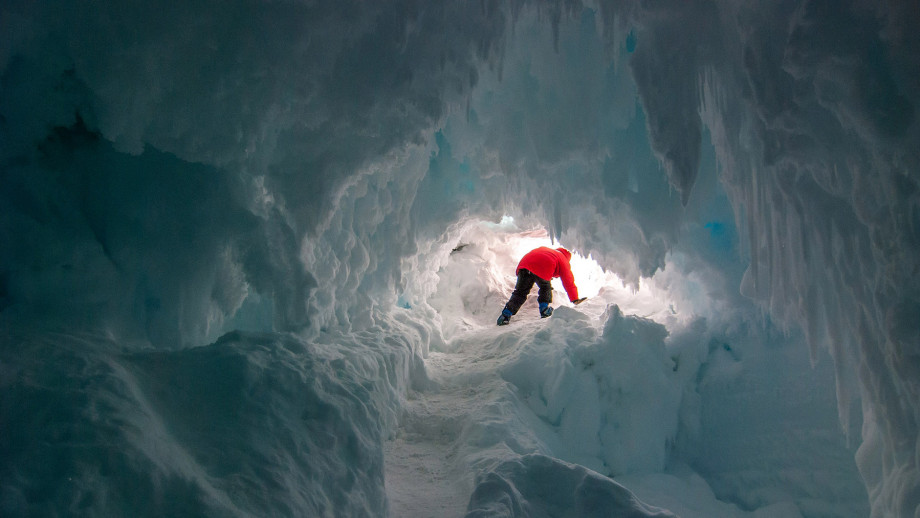 Researchers continue to study Antarctica, which still holds many secrets. For example, not so long ago, samples of the most ancient ice of 2.7 million years old were found here. In addition, the study of Antarctic lakes helped uncover the secret of the origin of viruses.

A new discovery was made by the team from the Australian National University. Her research showed that under the glaciers of Antarctica, warm plants and animals can live in warm caves.

Work was conducted on the southernmost island of the planet – the island of Ross. On it there is an active volcano (also the southernmost on Earth) called Erebus. And near this volcano under the influence of steam formed extensive cave systems.

According to the leading author of the work, Ceridwen Fraser, analysis of soil samples taken in this region showed the presence of traces of DNA from algae, mosses and invertebrates (arthropods, nematodes, small worms). Traces of their presence are found both in the under-ice and in the open areas.

“Inside the caves, it can be really warm – up to 25 degrees Celsius.You can wear a T-shirt there, and you will be quite comfortable. Near the cave” mouths “there is a lot of light, and some of it seeps deep into some caves, making the top layer of ice in them quite thin “, – says Fraser.

Most of the DNA found by her team belongs to plants and animals that were previously found in other parts of Antarctica. However, several DNA fragments were not known to scientists: they simply could not be identified. Experts believe that this DNA can belong to previously unknown animals and plants.

Now all the attention of researchers will be focused on finding the very carriers of DNA. “The next steps are to study caves more closely and find living organisms, if they exist, it opens the door to an exciting new world,” notes co-author Laurie Connell of the University of Maine, USA.

This perspective seems quite real, since previously in the Antarctic volcanic caves various bacterial and fungal communities have been found. Therefore, it may well be that more complex forms of life settled in the same caves, adds another author of the work, Professor Craig Cary (Craig Cary) from the University of Waikato (New Zealand).

Researchers note that Antarctica is rich in volcanoes: only active there are more than 15 (and new ones are constantly being discovered). It is possible that many of them have in the neighborhood the same system of under-ice caves. The biggest surprise would be to find the relationship between these caves – then you can talk about the complex ecosystems and biodiversity of the ice continent.