The warming of the Arctic made the tundra more “high” 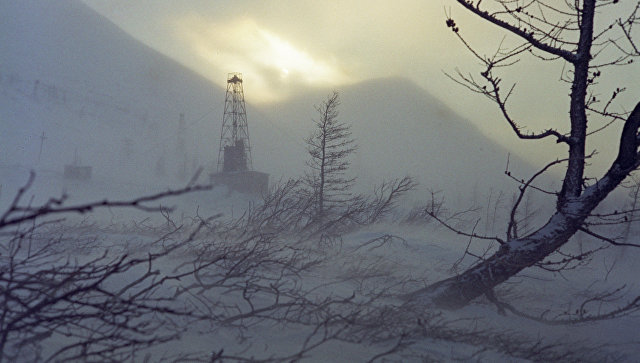 Russian and foreign scientists have found that the typical height of plants in the tundra has grown by about 8 centimeters over the past 30 years as a result of rising temperatures and penetration of “southern” plants into the Arctic. Their conclusions were presented in the journal Nature.

“It was very surprising for us to find out that the most significant temperature increase affects the height of plants, and this feature is typical for all observation points, and we got a very broad idea of ​​the processes occurring in tundra ecosystems in the context of global warming,” says Vladimir Onipchenko, botanist from the Moscow State University. Lomonosov Moscow State University.

The Arctic, along with mountain glaciers, remains one of the most vulnerable regions of the world for global warming. The average annual temperatures in the Arctic have already grown by 6-7 degrees in recent years. The melting of its ice, as scientists believe today, will lead in the future to serious changes in the current cycle and to irreversible changes in the work of the entire Earth’s climate as a whole.

The main consequence of warming is recognized immediately as two phenomena – the displacement of climatic zones and the “migration” of the associated representatives of flora and fauna, and changes in the time of the onset of spring and other seasons of the year. Recently, scientists found that in the Russian and Canadian Arctic spring began to advance 2-3 weeks earlier than normal, and the rate of melting of permafrost and the rate of retreat of glaciers actually doubled.

Onipchenko and several dozen other leading botanists and environmentalists of the world followed how this process affected the lives of more than one hundred corners of the arctic and mountain tundra. To do this, scientists have observed how temperature, humidity, and other climate properties have changed in these parts of the Earth in recent decades, and how these fluctuations have influenced the species composition and life of the flora.

“For almost 30 years, our scientific team has observed the plant communities and fixed the main climatic indicators in the high-mountainous ecosystems of the North-Western Caucasus.” We observe both the temperature increase and changes in the composition of communities and functional signs of plants growing in them, “notes a scientist whose words are given by the press service of Moscow State University.

In addition to increasing the height of plants in the tundra, domestic and foreign climatologists recorded two other interesting changes in its appearance: the species composition of its flora changed, as well as the number of nutrients in the leaves of plants and their area.

In particular, global warming increased the area of ​​leaves and “expelled” the relatively cold-loving plant species from the southern regions of the taiga and the lower slopes of the mountains, forcing them to move to the tundra. This was one of the reasons why the tundra “grew” by eight centimeters.

Such growth, as noted by Onipchenko and his colleagues, has one unexpected consequence: it will accelerate the melting of permafrost and the growth of average annual temperatures in the Arctic in the coming decades and centuries.

“Low plants keep more snow that isolates the soil from cold and heat than high flora, which is why the increase in the average” height “of the tundra that we recorded in all parts of the Arctic will accelerate the melting of permafrost and the release of greenhouse gases into the atmosphere, adds Anna Bjorkman (Anna Bjorkman) from the Center for Climate Studies in Frankfurt (Germany).

On the other hand, there will also be positive changes – high plants will produce more wood that decomposes much more slowly than the “usual” flora of the tundra, and their shade will be stronger to cool the soil, which will slow down the decomposition of organic remains in the tundra soil. An analysis of all these factors, scientists hope, will help to understand how the tundra will change in the coming years and how changes in its shape will affect the climate.