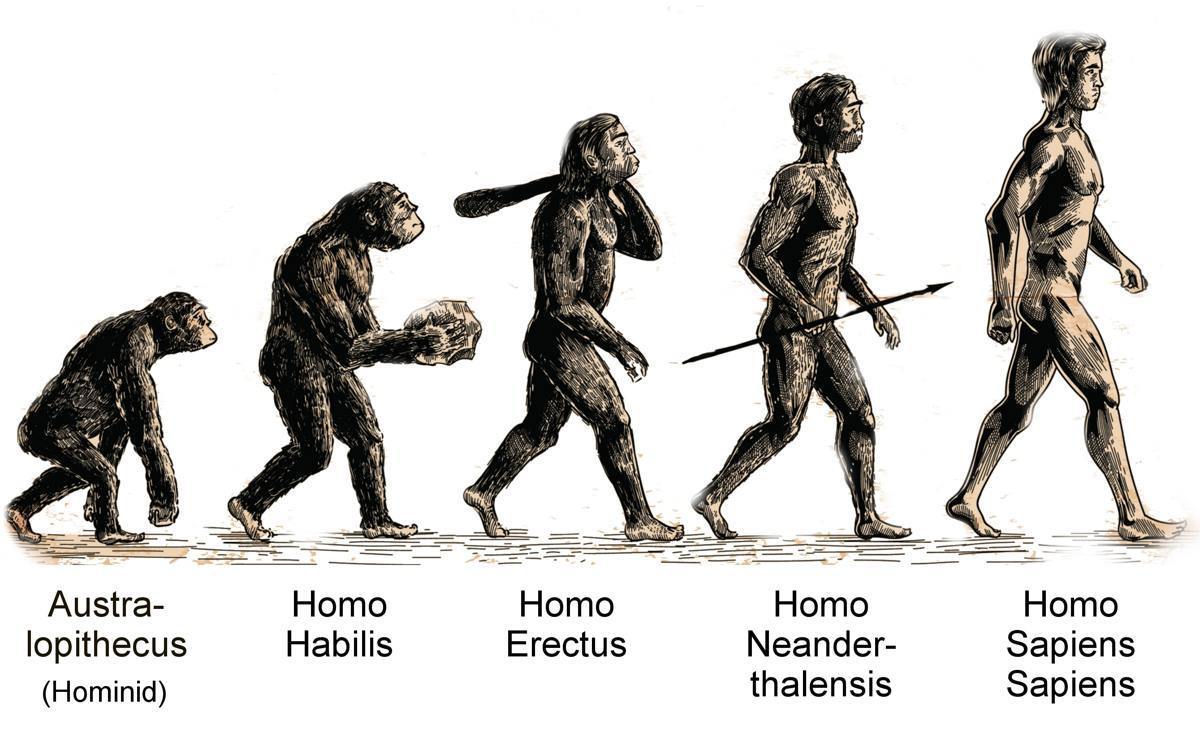 Today, in the age of technological progress, when scientific breakthroughs are literally made every week, it’s hard to imagine that some things we were used to were considered insane in the past.

Science does not stand still. Regardless of the period of history, humanity wondered about the world. Even by appropriating natural phenomena to divine beings, man sought answers to questions. And the more we learned, the more diligently we investigated these questions.

During the entire existence of human civilization, countless discoveries have been made, preceded by so-called scientific predictions. And we picked up some of the most insane of them, which sooner or later were confirmed by observations or experiments.

Earth is a sphere

It is difficult to imagine that there was no time the statement that the Earth was round (roughly speaking) could have caused someone to doubt. Although it is worth mentioning that today there are some trends that claim the opposite.

Ancient Greek philosophers, such as Pythagoras, Plato, Aristotle, and even Archimedes, expressed ideas about the sphericity of the Earth. Archimedes proposed both observational and physical arguments about the sphericity of the Earth. In particular, he drew attention to the rounded shadow cast on the moon during a lunar eclipse, and the higher position of the southern constellations above the horizon when moving to the south. But perhaps the most amazing thing made Eratosthenes. 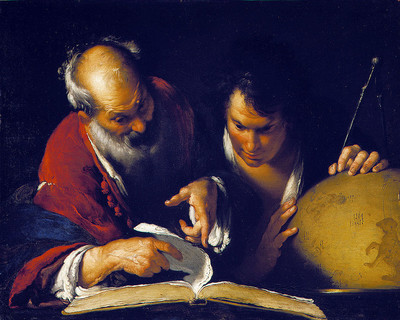 Eratosthenes lived in Alexandria. Once he heard from travelers that in Siena, to the south of his hometown, the sun rises at noon on the first day of summer just above his head. Eratosthenes traveled to Siena to see it with his own eyes. However, in Alexandria, he discovered that the walls of the musayon ​​in which he worked continue to cast a shadow on the ground and do not disappear anywhere. Using different angles of shadows as the basis for trigonometric calculations, Eratosthenes calculated that the circumference of the Earth is about 250 thousand stages. The exact value of the stage today is not known, but the error in its calculations was only 5-10%. He did this in about 240 BC.

However, it took more than one and a half thousand years before the Portuguese explorer Ferdinand Magellan demonstrated the sphericity of the Earth during an expedition that began on August 10, 1519 and ended in 1522.

Earth is not the center of the universe

For more than 400 years we have become accustomed to the idea that the Earth is not in the center of the Universe. However, in the XVI century it was considered to be different. In 1543, Nicolaus Copernicus published his work On the Rotation of the Celestial Spheres, in which he suggested that both the Earth and other planets revolve around the Sun, and not vice versa, although he developed the theory somewhat earlier.

Contemporaries of the astronomer considered this idea absurd. And it settled only after several generations. Few scientists took the ideas of Copernicus seriously as a real description of the Universe.

In 1610, Galileo Galilei, using his telescope, provided evidence of Copernicus’s heliocentric theory. This discovery was so shocking to his contemporaries that they refused to look through a telescope.

Today everyone is familiar with Darwin’s theory of the origin of species. Charles Darwin was originally a creationist, but then he began to understand the importance of all the diversity that he observed during his travels. Over the past 150 years, since the publication of The Origin of Species, people have not stopped arguing about evolution. The thing is that this theory contradicts the myths about the creation of each culture. 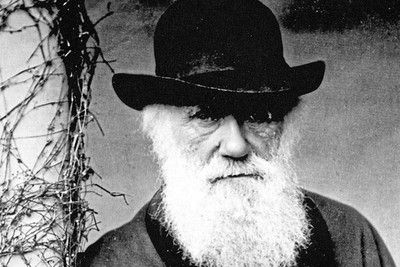 The ability to appreciate and understand nature, in theory, should make a person something special in this world. Meanwhile, according to Darwin’s theory, this is just the result of evolution, and we are nothing more than a relatively recent variation in the primate detachment. We may have a greater tendency toward abstract thinking than chimpanzees, but we are weaker than gorillas, not as agile in the trees as orangutans, and we have a worse character than bonobos. And no matter how ardent the controversy about the origin of man between representatives of the religious and scientific worlds, everything that we have learned since Darwin put forward this idea — in biology, geology, genetics, paleontology, and even in chemistry and physics — unswervingly supports

Everything consists of quanta

The ideas that all matter consists of something indivisible, like many other hypotheses, go back to ancient Greek philosophers, who believed that everything consists of atoms (from ancient Greek ἄτομος – “indivisible”, “unbreakable”). Naturally, the contemporaries of Democritus did not have the opportunity to test this experimentally, but the prediction played a role – and the concept of “atom” was fixed in philosophy, and later in science.

At the turn of the XIX and XX centuries, subatomic particles were discovered. It was then that scientists realized that the atom is not indivisible. But what can you do, the atom remains an atom. New particles called quanta (from the Latin quantus – “how much”).

Max Planck used the word “quanta” to describe particles of matter, electricity, gas, and heat in 1901. In 1905, Albert Einstein suggested that radiation exists in spatially localized packets, which he called “quanta of light.” 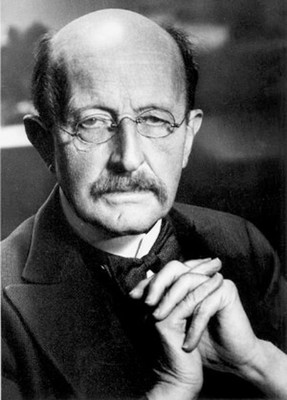 The very concept of quantization of the theory of radiation was discovered by Max Planck in 1900. He studied radiation from heated objects (blackbody radiation). Assuming that the energy is distributed in bunches, he, in fact, created a quantum theory. For this, in 1920, Planck was awarded the Nobel Prize – “in recognition of the services he rendered to the development of physics by his discovery of quantum of energy”. However, it should be acknowledged that quantum theory is not the merit of a single scientist, as is the case with Darwin’s theory of evolution or the Copernican heliocentric model.

Nevertheless, it is quantum mechanics that has become the most accurate physical theory of all known today. It describes strong, weak, and electromagnetic interactions. Quantum theory helps to understand how certain processes occur at the smallest scales. Even now, reading this text, you get the result of careful study and application of quantum theory.

Gravitational waves – ripples on the fabric of space-time

In the General Theory of Relativity, Albert Einstein predicted that mass actually distorts space-time. That was in 1916. Scientists have long observed this through gravitational lenses. However, direct confirmation was obtained only 100 years after the publication of the most famous theory of Einstein. 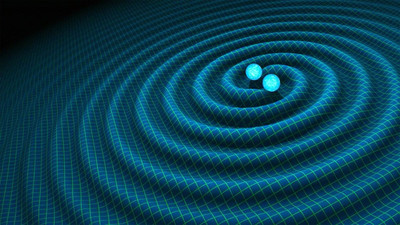 In 2016, scientists from the California Institute of Technology confirmed for the first time the observation of ripples on the fabric of spacetime caused by a “catastrophic event in a distant universe.” Initially, the event was registered on September 14, 2015 by the LIGO experiment. As the researchers suggested, the observations indicated a merger of two black holes, which resulted in the formation of a more massive and rotating black hole. This was the first observation of gravitational waves and a confirmation of the prediction put forward by Einstein’s theory.