The world can remain without vegetables 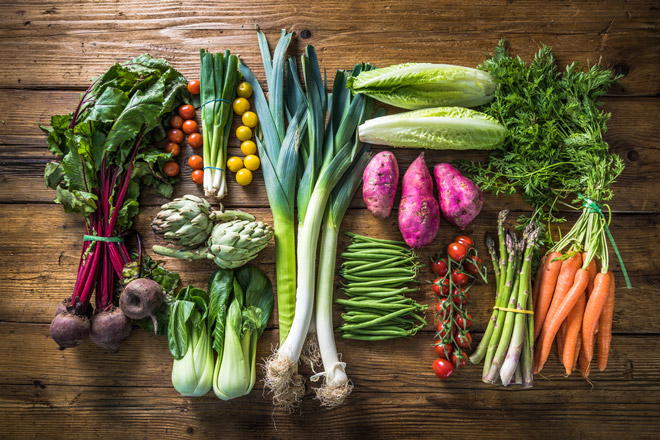 It is projected that changes in the environment, including climate warming, water scarcity and biodiversity loss, will become even deeper in the 21st century, which creates serious problems.

Scientists from the London School of Hygiene and Tropical Medicine (LSHTM) for the first time systematically examined the impact of predicted environmental changes on the production and nutritional properties of common cultures such as tomatoes, leafy vegetables and legumes.

According to researchers, changes in the environment, which are predicted to be achieved by the mid-to the end of the century, will reduce the average yield of vegetables and legumes by 35% and 9%, respectively. In the hot conditions of Southern Europe, Africa and South Asia, high air temperature will reduce yields by an average of 31%.

Earlier evidence was presented of the negative impact of the projected changes on the yield of major crops such as rice and wheat. In the new study, the scientists conducted a systematic review of all available data from experimental studies published since 1975 on the impact of environmental changes on yield and nutritional properties of vegetables and legumes – important components of a healthy diet. The review included the results of experiments conducted in 40 countries.

The team then assessed the effects on crops of major environmental factors, including an increase in greenhouse gas concentrations (tropospheric carbon dioxide and ozone), water scarcity for irrigation, and temperature rise due to global warming.

Previous studies have shown that an increased level of carbon dioxide will lead to an increase in crop yields, but this study for the first time revealed that such an outcome is unlikely in conditions of other accompanying environmental changes. The authors warn that if the response is not taken, the disappearance of vegetables and legumes from the diet can have a significant impact on the health of the population around the world