The world is under the threat of a food crisis 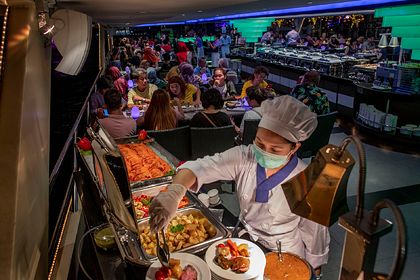 A food crisis is looming over the world due to disruption to supply chains amid the coronavirus pandemic, rains and droughts, viruses infecting livestock, and a weakening dollar, CBNC said.

There is generally no food shortage in the world, but the cost of food is growing. According to the UN, in August 2020, food prices rose for the third straight month and reached their highest level since February.

According to the China Bureau of Statistics, food prices in the PRC in August soared by more than 11 percent compared to August last year. The cause was African swine fever, which sharply reduced the number of animals in China and led to an increase in the cost of pork by 50 percent. In addition, due to hot and rainy weather, prices for vegetables in the PRC soared by 6.4 percent, while the cost of eggs increased by 11.3 percent.

Another blow to the food security of many countries was the disruption of supply chains during the coronavirus pandemic. Farmers and small businesses have suffered losses due to the inability to sell perishable goods. In addition, the coronavirus has hit fertilizer and seed supplies, as well as limited the influx of seasonal workforce that ensures timely harvests.

Another threat to food security was the dollar situation in 2020. The cost of raw materials for food production is usually set in dollars, so that prices rise as they weaken.

Earlier in September, it was reported that the dollar fell 11 percent from its 2020 peak. Experts expect the American currency to plunge by more than a third against the euro during 2021 and reach a level that has not been seen in over a decade.

As it became known in August 2020, the Chinese authorities called on the country’s residents to stop wasteful food and start saving against the backdrop of the pandemic. Later, the American publication Vice reported that some cities in the PRC want to set limits on the amount of food that people can order in restaurants. The measure is associated with an increase in food waste and an increase in food prices.