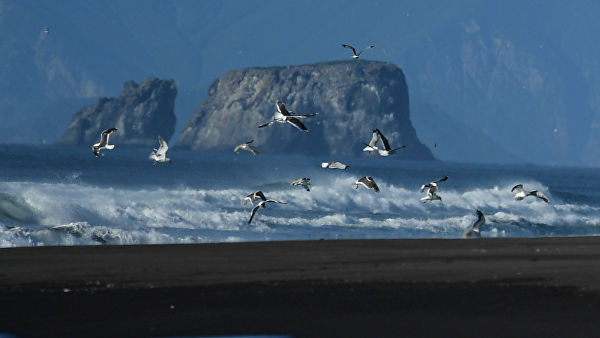 The world ocean level can rise on average to ten meters before the end of the 22nd century and up to a meter by the end of this century, while St. Petersburg and Yamal should be wary, Alexey Kokorin, Director of the WWF Russia Climate Program, told RIA Novosti.

Earlier it was reported that a study of a group of scientists, published in the journal Nature, predicts the melting of the ice of Greenland and Antarctica, which will lead to extreme weather conditions and unpredictable temperatures around the globe. According to the model, the most rapid rise in water level will occur between 2065 and 2075.

“In recent years, quite a lot of scientific works have appeared, indicating that by the end of the 21st century, the ocean level will rise by about a meter. In the best case, in the 22nd century, ocean level rise will stop at one meter, but there are estimates of three to five meters. Maximum marks say about ten meters in the 22-23 century, “said Kokorin.

At the same time, according to the forecast of the fifth assessment report of the Intergovernmental Panel on Climate Change, published in 2013, by the end of the 21st century, the sea level is expected to rise by 80 centimeters.

As the expert emphasized, the rise of the ocean level is promoted by the fact that the ice sheet of the western part of Antarctica will be broken off by icebergs. In addition, the ocean warms unevenly and the water expands from heat.

“It is important to understand that this meter will be very unevenly distributed: in the tropics it is one and a half meters, and in temperate latitudes and in the north it is two times less, that is, 50 centimeters. On this, the movement of tectonic plates can also be superimposed: The Gulf of Bothnia will rise, “added Kokorin.

Rising sea levels in the 21st century will become a problem for the atoll islands and the state of Kiribati, which, according to the World Meteorological Organization, remains for 30 to 60 years to exist. Also, by 2100, low-lying areas of Bangladesh and Southeast Asia, where about 100 million people live, may face flooding.

“St. Petersburg is facing a 50 centimeter rise in sea level by the end of the 21st century, but the city may have to worry a lot in the 22nd century. The issue of preserving cultural heritage will be raised,” the agency’s source said.

Venice and Amsterdam will face the same problem in Europe.

“The Yamal is flat as a table. The level will rise one and a half to two meters, storms will increase without ice. That is, all mining there will be conducted on the shallow shelf. You can, of course, mine, but more expensive. Of course, one or other estuaries can be flooded The Black and Azov Seas. But the rise of the sea level to the Caspian Sea has nothing to do, and the Far East is quite rocky in our country, ”the WWF representative concluded.