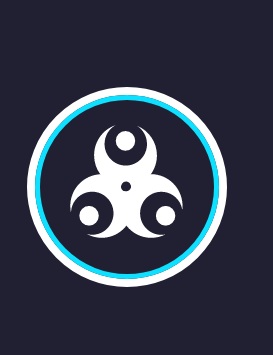 Avian influenza of a new type was detected in seven employees of a poultry farm in southern Russia, the head of Rospotrebnadzor Anna Popova said at a briefing on Saturday.

“Scientists of the Vector Center have isolated genetic material of this type of avian influenza from seven employees of a poultry farm in the south of the Russian Federation, where an outbreak was registered among the poultry population in December 2020,” she said. The head of Rospotrebnadzor noted that this was the world’s first confirmed case of human infection with avian influenza A (H5N8) virus.

According to her, all measures to protect people and animals were carried out in a short time, all risks were minimized and this situation did not develop further.

“All people, all seven people I’m talking about today, feel good, their clinical course was very mild. But at the same time, our scientists were able to see changes in the human body and the immune response to meeting this virus in all seven workers This poultry farm. Today they are doing well, and at that moment they were doing well, the disease was over quickly enough, “she said.

No cases of human-to-human transmission of the new type of avian influenza virus have yet been recorded, Popova said.

“So far, we see that the new pathogen of avian influenza A (H5N8) is capable of spreading from birds to humans – it has overcome the interspecies barrier. But this variant of the influenza virus is not transmitted from person to person today,” Popova said.

According to the head of Rospotrebnadzor, “how quickly subsequent mutations will allow him to overcome this barrier, time will tell.”

“This scientific discovery of our scientists, the Vector Institute of Rospotrebnadzor allows us to warn scientists, practitioners, and the public and citizens around the world in order to take the necessary measures in a timely manner and counter a new threat at a significantly new high level of counteraction and prevention. Time for this. we have it today, “the chief sanitary doctor of Russia emphasized.

The head of Rospotrebnadzor also said that Russia had sent information to the World Health Organization (WHO) about the first case of human infection with a new type of bird flu.

“Data on the world’s first human case of influenza A (H5N8) has already been sent to the World Health Organization. It happened a few days ago, as soon as we became absolutely confident in our results,” she said. “Vector” Rospotrebnadzor has already placed in the international database GISAID data of full genome sequencing of the virus A (H5N8) with those mutations that allowed it to overcome the interspecies barrier, “added Popova.

The main task of science

Popova said that the big task of science is to track the interspecies transition of the virus in time, as happened with the discovery in Russia of the world’s first case of human infection with bird flu.

“An important problem of today’s epidemiological science and practice is the control, monitoring and study of the possible interspecies transfer of various microorganisms, primarily viruses from animals to humans. We know of several such examples and one of the most recent is the example of the coronavirus, COVID-19, which has come to to a person, obviously, through an animal. We have examples of swine flu, bird flu, and to see the beginning of this interspecific transition in time is a big task of science. All previous cases, unfortunately, were recorded only when a person started to get sick and get sick seriously, ” – she said.

Popova explained that one of the tasks of Rospotrebnadzor is to track the pathogens of avian influenza, control them in order to identify the beginning of the interspecific transition as quickly and early as possible.