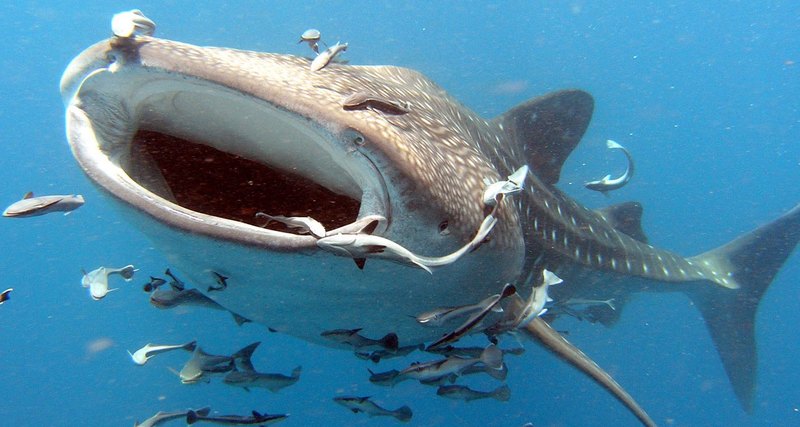 The world’s largest fish can weigh up to 18 tons and grow to 12 meters in length. The life span of the whale shark is also huge: the authors of the new study modeled the growth rate of whale sharks and found that the largest specimens can survive to 130 years.

In order to learn how fast the whale sharks grow, the scientists returned to the same shore of one of the islands of the Maldives archipelago for ten consecutive years, near which whale sharks gather once a year. Cameron Perry (Cameron Perry), the head of the research, swam with these harmless giants and measured them with a tape measure and a laser rangefinder and shot on camera. In total Perry collected data on the dynamics of growth of 44 sharks, mostly young; scientists recognized individual individuals by a unique pattern of spots on the skin.

Based on the data collected during the dive, the scientists compiled a mathematical model to determine the age of the shark by its size. According to the model, male whale sharks reach puberty by the year 25 of life and live up to 130 years. Previous assessments, which were made mainly on the basis of the size of the vertebrae, gave a range from 79 to 174 years. Estimate the lifespan of females Perry could not because of a lack of data.

Most knowledge of the lifespan of whale sharks is necessary for environmentalists and environmentalists; this will help to estimate the size of the population and the rate of its recovery. Whale sharks are rare in humans, so there is no exact data on their numbers, but there is reason to believe that this is one of the rarest fish in the ocean. Since 2016, the whale shark has been included in the list of endangered species of the International Red Book.